Is this the end for alcohol handwash in hospitals?

Alcohol handwash is becoming less effective against some strains of antibiotic-resistant bacteria, but it doesn’t mean we stop sanitising our hands, according to Victorian researchers.

For decades, the front-line in the battle against antibiotic-resistant bacteria has been alcohol-based hand sanitisers and cleaning liquids that effectively kill bacteria before they can get close to infecting vulnerable patients.

But now the bacteria are fighting back. New strains have an increased tolerance to the alcohols in sanitisers and are forcing a re-think of how hospitals can protect patients from these deadly super-bugs.

A new study by the Peter Doherty Institute for Infection and Immunity and Austin Health published in Science Translational Medicine has found that strains of Enterococcus faecium, a notorious healthcare-associated bacterial pathogen, have emerged since 2010 that are ten times more tolerant of alcohol-based hand rubs than older strains.

A strict regime of hand washing with alcohol-based sanitisers before and after patient interactions has been in place in hospitals around Australia, and many other countries, since 2002, to curb a rise in deadly MRSA, an antibiotic resistant form of Staphylococcus aureus (golden staph). 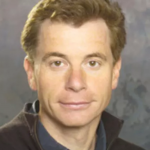 Lead author Professor Tim Stinear from the Doherty Institute says that this program has been incredibly successful up until now.

“The Austin Hospital Infectious Diseases team has been at the forefront of rolling out hand hygiene programs around Australia – the use of alcohol-based disinfectants before and after every contact with a patient.”

But while MRSA infections have dropped considerably, Professor Paul Johnson, Director of Research at Austin Health and co-lead author of the latest research, noticed a rise in infections of Enterococcus faecium.

“Paul said maybe they’re becoming tolerant to all the alcohols we use in our hand hygiene products,” says Professor Stinear, “and we said, that’s ridiculous. What are the chances that something could become tolerant to alcohol?”

“It’s a broad-spectrum disinfectant – it gets into the bacterial membranes and blows them apart. It’s a general annihilator of cells.”

Enterococcal bacteria are a normal part of the human gut bacteria and don’t usually cause health problems, however certain species are becoming more prevalent in our hospitals and these can cause infections that are very difficult to treat.

One particularly problematic group of enterococci are those that develop resistance to the last-line antibiotic, vancomycin. These bacteria are known as vancomycin resistant enterococci (VRE).

“The people that become infected with VRE are in hospital and they’re sick and usually they’ve been given some course of antibiotics that’s taken out their healthy gut bacteria, and that predisposes them to VRE infection,” says Professor Stinear.

“So people that go on antibiotic treatment prior to organ transplant would be at high risk. Renal patients are at risk, as are cancer patients who might be on chemotherapies and given antibiotics to prevent or treat infections.

“When your natural gut bacteria are disturbed you can become prone to VRE, in the context of a health-care institution.”

The research team took 139 different strains of E. faecium and treated them with isopropanol solution, an alcohol commonly used in hand sanitisers.

“We started testing to see whether they had any tolerance to alcohol, and sure enough, the new isolates were more tolerant to alcohol exposure than the older isolates,” says Professor Stinear.

Professor Stinear says this is an unfortunate side effect of the success of the hygiene program.

“Anywhere we repeat a procedure over and over and over again, whether it’s in a hospital or at home or anywhere else, you’re giving bacteria an opportunity to adapt, because that’s what they do, they mutate. The ones that survive the new environment better then go on to thrive.”

And the risk increases when the guidelines aren’t followed.

The World Health Organisation recommends hand rubbing with alcohol-based sanitisers for 20-30 seconds for optimal outcomes, but Professor Stinear says that, humans being human, not everyone will be this thorough every time.

“Anywhere you have sub-optimal contact times with the full-strength product you’re going to risk some breakthrough, or bacteria persisting.

“Some places use foams or gels instead of solutions, and there’s a thought that maybe the foams don’t penetrate every crevice and crack in your skin as well as a gel might or a liquid.”

The researchers also looked for clues to the alcohol resistance in the bacteria’s genome.

“We looked for signatures in the genome of the bacteria of adaptation, and we found them” said Professor Stinear. “We could see that there were genes that looked to be under evolutionary selection and those genes, when we mutated them, changed the alcohol tolerance of the bacteria.”

These results will help researchers to understand the mechanism of alcohol resistance, but is this the end for alcohol-based hand sanitisers in hospitals and other clinical settings?

“This isn’t the end of hospital hand hygiene, that’s been one of the most effective infection control procedures that we’ve introduced worldwide,” says Professor Stinear. “The WHO recommends it.”

“But we can’t rely solely on alcohol-based disinfectants and for some bacteria, like VRE, we’re going to need additional procedures and policies in place. For hospital this will be super-cleaning regimens, which include alternative disinfectants, maybe chlorine-based.”

“An extra level of infection control, that doesn’t just rely on alcohol-based disinfectants is required.”

This article was originally published in Pursuit. by the University of Melbourne.