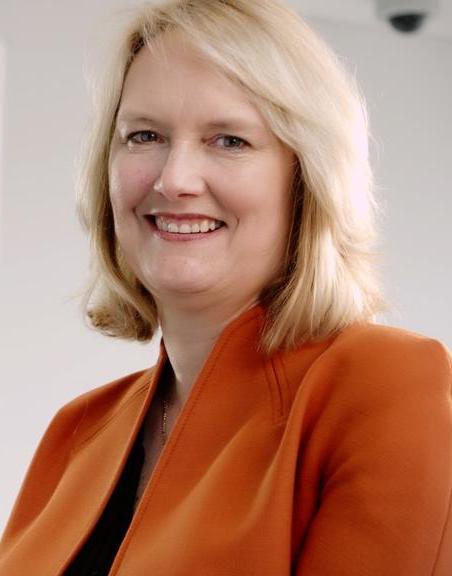 When Professor Helena Teede was challenged to flip traditional perceptions of leadership and power that valued authority and control to one that promoted engagement, impact and influence, it marked the start of an extraordinary leadership career across the medical profession, including across research and in her own clinical practice.

Last week the esteemed endocrinologist and Director of the Monash Centre for Health Research and Implementation (MCHRI) received the prestigious Endocrine Society 2021 Laureate Awards in the category of Outstanding Leadership in Endocrinology.

The international Award recognises her remarkable contribution to the field of Women’s Health and her role in advancing leadership for women in health care.

A senior endocrinologist at Monash Health, Professor Teede also holds many leadership roles across healthcare and is a past President of the Endocrine Society of Australia.

Here she talks to the limbic about the work being done to improve career opportunities for women in medicine and how she’s using an evidence based approach to make real change.

“There has been so much activity in supporting women in medicine but what we know is most of it is not evidence based and a lot of it is not effective. We see everyone in the hamster wheel trying to make a difference, ticking boxes that target women at an individual level but not really committing to strategies that are going to make a difference.”

A critical factor missing, she says, is not just the lack of evidence but the capacity to audit and measure feedback and efficacy around those strategies.

For the past six years Professor Teede has been running leadership programs to promote the advancement of women in medicine. Describing leadership as the ‘motivation for influence and impact’, she says the barriers stopping women from building influence come down to three themes – capacity, capability and credibility.

“Women have the burden of  being responsible for too many other things outside work that they don’t have enough support in to be able to really focus,” she says, particularly referencing caring roles whether that be as parents or as those responsible for the care of other family members.

“It’s about how women structure their own environment and we provide the social support around women to give them that capacity.”

Professor Teede also points out that many women often don’t perceive they have the capability to stand up for roles until they’re ‘well and truly’ qualified and instead need to be sponsored and mentored into them.

“I’ve watched people struggle in this space wanting to do things for so long. I’ve seen a lot of passion and sometimes non-constructive engagement, blaming and alienating male colleagues when a lot of this isn’t about women and men.”

For Professor Teede it’s about the socially constructed idea of traditional masculinity.

“What we often see as a more traditionally male paradigm of success, especially in medicine, is that the loudest, most egotistical, most confident person rises to the top.”

It’s a paradigm that penalises both the women and men who don’t identify with those leadership models, she adds.

Room at the top

While women make up more than half of medical students and trainees, women account for less than 30% of registered physicians and an even smaller proportion of clinical leadership positions, observes Professor Teede.

Meanwhile just 13.5% of CEOs in major hospitals are female, despite women making up the vast majority of hospital staff, she said recalling her own experience.

“I was in the first year where there were more women than men in medicine and yet my whole career I’ve usually been the only woman around the table at senior meetings.”

That’s only now starting to change, says Professor Teede who credits her presence around those tables to her exposure to executive leadership courses early on in her career.

“I had the privilege of doing them in my training and they were invaluable. I was really quite struck by the fact that there were not those opportunities for women especially.”

She recalls a leadership course facilitator asking if she ‘aspired to having power’ in her career. Her response – a resounding no – was based on the traditional definitions of leadership styles and attitudes that she had often seen exhibited in medicine.

“I’ll always remember this discussion – the course facilitator said, ‘what if you flipped things. What if power was inspiration, engagement, impact, influence – would you want to engage in power then?”

It was here that Professor Teede was challenged to look for every opportunity to find what impact, influence and inspiration she could have within each of the roles she would go on to put herself forward for – and then to move on.

“Because the problem is that a lot of people who really can make a difference, especially in medicine, they stay in it for 20 years and they don’t give the next generation a chance to have that opportunity to influence and impact.”

The conversation was a defining moment, says Professor Teede who credits it to her decision to build the capacity to take on many senior roles, including an early Monash University medical professorship, the presidency of the Endocrine Society of Australia – the first female clinician to hold the role, and national and international research and translation leadership positions – all while raising a young family.

Now Professor Teede and her team have received Victorian state government funding to roll out a national program to drive evidence-based strategies for advancing women in healthcare and academic leadership.

Based on the findings from both an ‘expansive’ systematic literature review and extensive qualitative interviews with women across different career stages to establish where the barriers are and what has worked to overcome them, the national program involves partnerships with state and federal government, health services and professional Colleges including the College of Physicians, the College of Obstetrics and Gynaecology and the College of Surgery.

“The program is probably the easiest thing I’ve ever had to get people to collaborate on because everyone wants to fix gender inequity and no one knows what to do. People are fatigued. A lot of the leaders are male and many feel like it’s a high-risk political environment for them and won’t go there because it can become quite adversarial.”

But the cost of inaction, argues Professor Teede, is substantial.

“Increasingly there is evidence that a more diverse, heterogeneous leadership group will develop strategies, for example in healthcare, that meets the needs of our diverse communities. If you have a primarily Caucasian elderly male leadership of healthcare you get healthcare that’s designed for that cohort. Anywhere that you work if you want to meet the needs of your users you need to have leadership that represents that population. If you don’t, you don’t provide the services that population needs.”

Through the Monash Partners program, Professor Teede and colleagues are now working directly with hospitals, health services and Colleges to ensure that what they’re doing to support women has a strong underpinning evidence base and that measurements are aligned with what is known to be effective.

Once those initiatives have been developed, the federally funded Workplace Gender Equality Agency (WEGA) will help organisations roll them out. WEGA will also audit and provide feedback to each organisation participating in the program.

The program fundamentally moves the focus away from ‘fixing the individual woman’ to one that fosters systemic change – but it requires a strong leadership commitment from health services and Colleges right from the top to succeed.

“All my life I’ve been working towards system level approaches, strategy and high-level, big picture initiatives. It’s not worth doing small things with big problems so getting the co-design and stakeholders together for this project was really critical. Now every step of this project is about bringing all of those stakeholders together, getting them to work together and doing something that works.