Why DOACs don’t work in patients with valve replacements 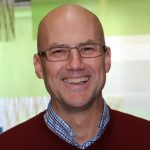 The failure of dabigatran to prevent thromboembolic complications in patients with mechanical heart valves is most likely explained by its mechanism of action, an international expert says.

“Direct-acting oral anticoagulants (DOACs) that target thrombin or Factor Xa are replacing warfarin for most indications and it was hoped that they would also provide an alternative to Vitamin K antagonists (VKAs) in these patients,” he said.

The first indication of their potential was the RELY trial that showed that patients with atrial fibrillation on dabigatran 150mg twice a day had their stroke risk lowered by one-third compared with patients on warfarin.

“This was a remarkable study and we had not seen [these results] with any other DOAC … we finished that trial in 2009 and immediately, based on these spectacular results, began thinking of alternative applications for dabigatran,” Prof Eikelboom told the conference.

At the same time, a study in pigs with bio-prosthetics showed that the DOAC had the potential to protect against thrombotic complications on the valve.

However, in the end, the benefits did not translate to humans and the phase II RE-ALIGN trial comparing dabigatran to warfarin in patients with mechanical heart valves was stopped early after it demonstrated that despite aggressive dosing, dabigatran was less effective than warfarin for prevention of thromboembolic complications while increasing bleeding.

At the time, the potential reasons touted for the trial’s failure included the inadequate use of aspirin, drug dose, patient selection and its mechanism of action.

In the trial, there was a clear excess risk of bleeding with dabigatran which meant there was no room for manoeuvre on dose without introducing an unacceptable safety hazard.

European colleagues had also suggested that the patients selected for the trial were too high-risk, according to Professor Eikelboom.

“It is reasonable to suggest … that perhaps if we had gone cautiously initially just with aortic valves, which are less thrombogenic than mechanical valves, and if we had restricted the trial to patients 3 months post valve replacement we may have had better results,” he said.

However, when the patient population was broken down into high and low-risk groups there was a consistent pattern of bleeding risk.

“The data suggests that it doesn’t matter if you have an aortic or a mitral valve, if you randomise patients early or late, dabigatran at the doses tested does not provide adequate protection.”

According to Prof Eikelboom the most likely, yet still unproven,  explanation for why dabigatran failed was its mechanism of action.

“Unlike warfarin, which targets coagulation proteins and reduces the synthesis of functional proteins involved in the contact pathway, as well as in the tissue factor-based pathway and the common pathway,  dabigatran targets only a single coagulation protein that is downstream,” he explained.

“Therefore when blood is exposed to the artificial surface of a valve there is overwhelming activation of coagulation and dabigatran is overwhelmed”.

Instead, a drug that targeted upstream, for example specifically the contact pathway, might be able to prevent thromboembolism in patients with mechanical valves, he suggested.

In the meantime, possible approaches for the future were new valves such as the on-X valve, novel surgical approaches and a series of novel antithrombotic approaches.

“Perhaps most excitingly there are now at least five phase II randomised trials with smaller molecule factor XI inhibitors in stroke, AF and in ACS …  not yet in mechanical valves but if they are successful in these indications then perhaps we will be able to extend them to mechanical valves,” he concluded.