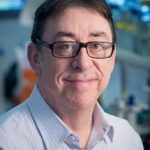 Australian patients with multiple myeloma face critical shortcomings in genetic testing at diagnosis and access to new ‘standard of care’ treatments such as daratumumab, a leading haematologist has told a Parliamentary inquiry.

Professor Andrew Spencer of Monash University says the current reimbursement model is unsuited to handling applications for the latest multi-agent anti-cancer treatments and the genetic tests that guide their use.

In a submission to the House of Representatives Inquiry into approval processes for new drugs and novel medical technologies in Australia he says recent findings from the Myeloma and Related Diseases Registry (MRDR) show that only about half of newly-diagnosed patients undergo chromosome testing.

The submission, made on behalf of the MRDR, notes that more than 80% of patients are still treated with therapies based on the proteasome inhibitor bortezomib despite significant variation in disease biology and prognosis.

MRDR data also show that 23% of newly diagnosed Australian MM patients will be ‘early progressors’, relapsing within 12 months and most failing to respond to second line salvage treatment.

Professor Spencer says the Australian approval and reimbursement model contrasts with many other countries where patients with MM now have access to new and highly active anti-MM therapies such as elotuzumab, daratumumab, isatuximab, panobinostat, ixazomib, selinexor and belantamab.

He acknowledges that daratumumab recently gained a positive recommendation for PBS listing from the PBAC, but even this move is described as only applying to a restricted group of MM patients, and with no certainty as to when it will actually be listed on the PBS.

“The difficulty in providing access to daratumumab (or indeed any of the newer therapeutics mentioned above) reflects a drug reimbursement model that was adopted prior to the advent of more costly anti-cancer therapeutics and the concept of multiagent or combinatorial treatments,” says Professor Spencer, who is Principal Specialist & Head of Service, Malignant Haematology & Stem Cell Transplantation, Alfred Health.

“Without a significant revision of this model the treatment of MM and other cancers in Australia will increasingly lag behind accepted ‘standards of care’ utilised elsewhere.”

And unlike patients in the US and Europe, those diagnosed with MM in Australia also lack access to newer real-time gene-based risk identification tools such as the MMProfiler, the submission says.

Currently used at the Alfred Hospital, the novel system has a turnaround time of 72 hours and can accurately define ‘high-risk’ MM patients who gain no survival benefit from drugs such as the immunomodulator lenalidomide.  It can also define the approximately 30% of MM patients with an excellent prognosis.

“One could therefore anticipate that the availability of the prognostic information afforded by such genetic testing would enable highly informed and critical treatment decisions, both in terms of seeking alternative therapies, for example, younger high-risk patients accessing newer drugs via clinical trials, elderly high-risk patient perhaps selecting to pursue palliative treatment approaches, or conversely good-risk patients electing to de-escalate therapy and thus avoiding unnecessary toxicities and the adverse effects on quality of life,” he writes.

Professor Spencer concludes that the data from more than 4000 patients provided by the Myeloma and Related Diseases Registry, show that MM management in Australia “is at a critical juncture where we need to decide whether to embrace a broader range of anti-MM therapeutics and contemporary genetic testing that will enable more rational, personalised and effective treatment strategies for this complex and incurable malignancy.”

The inquiry is due to hold public hearings in early 2021.