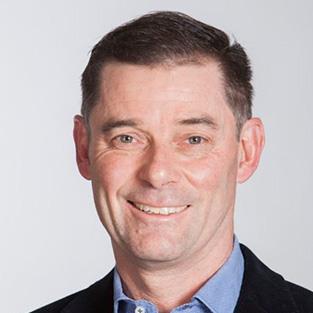 Associate Professor Moore, from St Vincent’s Hospital Sydney, presented an analysis of disease specific outcomes in about 150 patients receiving 159 autografts over a 25-year period from 1997 to 2022.

The autografts were mostly for scleroderma (n=65) and multiple sclerosis (n=63), as well as rheumatoid arthritis (n=15) and a range of other rheumatological and neurological disease including such as lupus, vasculitis and stiff-person syndrome.

“Females in their middle age often have children and really want to try and arrest the progression of their disease and that is probably most poignant in MS,” he said.

“Importantly, they have failed a huge number of agents. We have recently done a young woman with lupus who has failed nine agents including six biologics…so these are really heavily pretreated patients.”

“In the scleroderma group, the vast majority have failed pulse cyclophosphamide and mycophenolate which are really the only two approved treatments for the condition.”

Associate Professor Moore said a key message from 25 years of HSCT treatment was that response rates and safety were disease dependent.

Patients with rheumatoid arthritis, who were mostly treated early in the program and before the advent of TNF inhibitors, had a 78.6% response rate based on ACR criteria but a 100% relapse rate.

“Patients predominately got a response, felt fantastic for about 6 months and then their disease relapsed.”

In contrast, scleroderma had a response rate of 85%, based on skin scores and lung function, and a 21.4% relapse rate.

However there were five deaths in scleroderma patients – the only group in which treatment-related mortality was reported.

“Scleroderma is an extremely difficult disease to treat and gives me a lot of sleepless nights. These patients are very sick and have cardiac disease which almost certainly contributes to the transplant-related mortality.”

However he said more cardiology investigations including MRI and CTCA were used now to ensure patients were fit for HSCT and low-dose conditioning regimens were being explored.

He noted that scleroderma was unfortunately a life-threatening condition – worse than most lymphomas with a 40-50% death rate at 5 years historically.

“We have patients out to 20 years with scleroderma who are still in remission and so it is very gratifying to see those results.”

“Even in the 44% who have relapsed, they are vastly better off than they were before transplant,” he said.

He said the 3.8% rate of second malignancies in patients was reassuringly low.

Associate Professor Moore told the limbic that there were some access issues to HSCT for patients with autoimmune diseases but also a need to see these patients earlier.

“Rheumatoid arthritis is not such an urgent clinical need anymore because they have so many new drugs. With scleroderma there is a big clinical need and we’d like to see patients earlier. We see them quite late by world standards.”