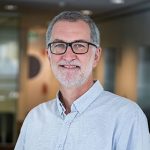 A Victorian scientist with a research interest in the role of cytokine control of haematopoietic stem cells and leukaemia is one of 22 eminent researchers elected to be a Fellow of the Australian Academy of Science.

Professor Warren Alexander, a researcher into blood cancers at Victoria’s Walter and Eliza Hall Institute of Medical Research (WEHI), joins more than 500 other Australians scientists who have been made Fellows of the AAS to acknowledge their “outstanding contributions to science”.

As Laboratory Head and Joint Leader of the Cancer Research and Treatments Theme at WEHI, Professor Alexander has a research focus on genomics and cytokines, particularly the roles of the thrombopoietin (TPO).

He also has research interests in molecular regulation of platelet production and the the genetics and genomics of leukaemia.

“These scientists were elected by their Academy peers following a rigorous evaluation process. What stands out among the new Fellows elected this year is the collective impact of their science on an international scale,” Professor Shine said.