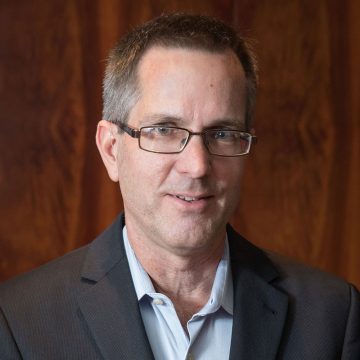 Australian patients with amyloidosis face a lottery where they may be denied effective medication depending on how strictly their physician interprets the letter of PBS rules, a haematologist has told a parliamentary inquiry.

Dr Peter Mollee, head of the Myeloma Service and the Princess Alexandra Hospital Amyloidosis Centre in Brisbane, told the House of Representatives Standing Committee on Health that the system was unfair and should be urgently addressed.

He said there was no TGA-approved, PBS-listed therapy for AL amyloidosis, the most life-threatening of the amyloidosis diseases.

However, some doctors would prescribe chemotherapy-based treatments for the condition which were approved for treatment of myeloma, a related blood cancer.

“There are many effective treatments based on chemotherapy for a related blood cancer called myeloma, but access is inequitable. A newly diagnosed patient may have their treatment funded by one hospital or be in a hospital five kilometres away where local funding is not available.”

Asked to elaborate, Dr Mollee said: “The PBS recommendations do not say amyloidosis, but there is an overlap between myeloma, a cancer, where lots of drugs are approved and funded. Some doctors, myself included, are happy to work in that uncomfortable area, but some aren’t and you can’t criticise them for that.”

He said a physician may interpret the PBS criteria as allowing them to prescribe this effective therapy, or they might have the opposite opinion.

“There are so many issues. If you’ve got a highly expensive PBS funded drug and you’re a public patient, the public hospital has to pay for it. And they’re not funded for that, they don’t have the money, so what happens is you don’t get it. In the private hospital, it is reimbursed through the PBS system. There’s no barrier. That’s grossly inequitable. A patient in a public hospital is missing out on a PBS funded drug because of the state-federal agreement on healthcare funding. That’s a big
problem that needs to be addressed.”

Dr Mollee said the lottery meant treatment might be available to some patients on medicines access programs or clinical trials, by self-funding, or even by leaving the country to access these drugs overseas.

The PBAC has done a good job making drugs for blood cancers available, but there was a hughe problem around drugs for rare diseases for which there was little data or interest from pharmaceutical sponsors.

Dr Mollee also noted that currently, only one therapy – tafamidis, indicated for transthyretin amyloidosis, which causes progressive heart and neurological disease – had TGA approval for any of the more than 30 different types of amyloidosis.

The oral agent was well tolerated and effective but was very expensive and not yet PBS reimbursed.

“At present, one patient could be enrolled in a clinical trial while another could be told they might need to self-fund the $200,000-plus annual price tag—and some in Australia do this,” he said.

“Most patients, however, are simply told that there is no therapy in Australia.”

Dr Mollee, an executive committee member of the Australian Amyloidosis Network (AAN), said it was “not right that patients with a rare disease face such a lottery in our country when it comes to life-saving therapy”.

He told the committee, which is inquiring into approval processes for new drugs and technology, that the core problem was that the PBAC could not consider reimbursement for a non-TGA-approved indication. The only party that could change the TGA label was the sponsoring pharmaceutical company, “who are generally not interested in rare diseases”.

Dr Mollee said it would not be unreasonable, for drugs that were already TGA approved, if professional or patient groups could apply to have a rare-disease label added without undue cost or complexity.

In the absence of PBS listings, physicians were “stuck” with hard decisions and an inequitable system, he said.

“All these other things—medicine access programs, self-purchasing, personal importation—they’re all nice, and they can sometimes help, and they’re valuable, but the endgame is to get it for every Australian, no matter where they are or whether they’re rich or poor.”