Haematologist elected a Fellow of the Australian Academy of Science 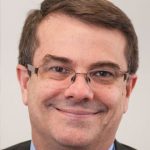 Victorian haematologist Professor Andrew Roberts is one of 24 scientists elected a Fellow of the Australian Academy of Science in acknowledgement of  outstanding contributions to science.

Professor Roberts, a clinical haematologist at  Walter and Eliza Hall Institute of Medical Research, Melbourne is best known for his work in the development of venetoclax as the first in a new class of drugs for patients with chronic lymphocytic leukaemia (CLL).

His research was based on the ‘pro-survival proteins’ such as BCL2 and MCL1 that are overexpressed in many cancers, particularly haematological malignancies. This led to the Australian development of BCL2 inhibitors, with Professor Roberts involved in the testing them on human samples during drug design, and leading the first-in-human trial, before developing combination therapies. Professor Roberts also led the first combination trials of venetoclax in leukaemia and lymphoma.

Professor Roberts said the development program was underpinned by three decades of scientific determination and collaboration.

“This really was a triumph of basic science and translational innovation, enabling the generation and rapid regulatory approval of a product that is significantly beneficial for many people.”.

And he credited his experience as a young doctor caring for haematological cancer patients as the inspiration for his as a clinician-scientist.

“As a young doctor, I was struck by how poor many of our treatments for patients with blood cancers were. I was motivated to discover new treatments by exploiting basic research discoveries about the biology of these diseases.”

Professor Roberts is joint leader of the Institute’s Cancer Research and Treatments theme, a clinical haematologist at the Royal Melbourne Hospital (RMH) and Peter MacCallum Cancer Centre and the Metcalf Chair of Leukaemia Research at the University of Melbourne. He is also Haematology Lead for Research and Education at the Victorian Comprehensive Cancer Centre (VCCC).

“These scientists were elected by their Academy peers following a rigorous evaluation process,” said Professor Shine.