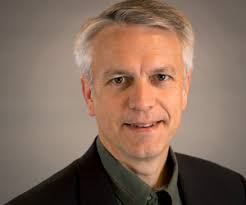 Early data from the phase 3 HOPE-B trial in adults with severe or moderate-severe Haemophilia B supports the promise of gene therapy in protecting patients against spontaneous bleeds and eliminating the need for continuous prophylaxis.

Speaking in the late-breaking session at the ASH 2020 Annual Meeting, Professor Steven Pipe said the goal of gene therapy was to provide a one-time procedure that establishes sustained factor IX (FIX) activity.

The study, the largest gene therapy trial cohort to date, recruited 54 men with a mean age of 41.5 years, FIX ≤2% of normal, and previously on continuous prophylaxis for ≥2 months.

Professor Pipe, from the University of Michigan, said 42.6% of patients had detectable neutralising antibodies (NAbs) at baseline.

Patients received a single infusion of AMT-061 (etranacogene dezaparvovec) after a 26-week lead-in phase to establish a baseline bleed rate.

The ongoing study found mean FIX activity was 37.2% at 26 weeks.

In patients with follow-up beyond 26 weeks, the FIX expression was maintained. One patient is currently out to 18 months follow-up.

Professor Pipe said total bleeds reduced from 123 during the 26-week lead-in phase to 21 in the 26-weeks following treatment.

The number of patients with zero bleeds increased from 30% during the lead-in to 72% after treatment.

“In the per-protocol population, 98% of patients were able to discontinue prophylaxis and remain prophylaxis free.”

“As this is the only study that has not excluded participants with neutralising antibodies to AAV, we had an opportunity to evaluate for any impact on the factor IX activity achieved.”

They found no correlation between pre-existing NAbs with FIX activity.

“Notably, no inhibitors to FIX were reported and there was no observed relationship between safety signals and NAbs.”

He said a final analysis is planned at one-year.

A phase 2b study funded by Uniqure, which reported its 26-week data last year in Blood Advances, is also ongoing and in long-term follow-up.