First use of convalescent plasma to treat severe COVID-19 disease

Trials of convalescent plasma to treat severe COVID-19 disease have started at US hospitals following fast track approval of the experimental therapy by the FDA.

Clinicians at Houston Methodist Hospital in Texas say they are the first to transfuse donated plasma from a recovered COVID-19 patient into a critically ill patient. 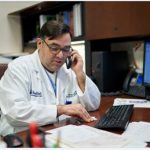 Dr Eric Salazar, principal investigator and a physician scientist in the Department of Pathology and Genomic Medicine at the hospital said plasma from recovered patients could potentially provide short-medium term humoral immunity against the SARS-CoV-2 coronavirus.

There were several hundred recovered patients at the hospital who would have developed circulating neutralising antibodies to various SARS-CoV-2 proteins 2-3 weeks following infection, detectable by ELISA or other quantitative assays, he said.

“Convalescent serum therapy could be a vital treatment route, because unfortunately there is relatively little to offer many patients except supportive care, and the ongoing clinical trials are going to take a while. We don’t have that much time,” he said.

In a statement on the experimental therapy the American Society for Hematology said transfer of plasma from recovered patients had the potential to neutralise virus, preventing further replication and halting ongoing tissue damage.

“This approach would be predicted to work best in patients with less severe infection, earlier in the disease course, or prophylactically, in highly susceptible individuals such as exposed health care workers or family caregivers of COVID-19 patients,” it said

It noted a case series of the treatment of five critically ill patients in China was published this week in the JAMA, suggesting that convalescent plasma was beneficial.

“Our physician-scientists will seek additional FDA approval for follow-up experimental studies, and possibly a multicentre national trial on the effectiveness of convalescent serum therapy against the COVID-19 virus,” a hospital spokesman said.

In New York City, Gov. Andrew Cuomo announced that patient recruitment for plasma donations would begin in a matter of days and initially would focus on the heavily hit New York City suburb of New Rochelle.