The combination of dexamethasone, cyclophosphamide, etoposide, and cisplatin (DCEP) is an effective bridge to autologous stem cell transplant (ASCT) or novel agents in patients with relapsed refractory multiple myeloma.

According to a retrospective review of 65 patients receiving the combination at Alfred Health and Monash Medical Centre between 2005 and 2017, the overall response rate was 55.2%.

“Considering many patients were treatment refractory with progressive disease, even stable disease can be considered a desirable endpoint enabling further therapy.”

Response rates were higher in patients using DCEP with thalidomide (57.1%), lenalidomide (72.7%) or bortezomib and thalidomide (100%).

However progression-free survival was a short two months and median overall survival was 9.6 months with DCEP alone or when combined with the other drugs.

“This study demonstrates that DCEP is a valid treatment option for relapsed refractory multiple myeloma with an acceptable ORR of 55% albeit with a rather short PFS. This suggests the role of DCEP should be for bridging to more definitive therapy such as ASCT, novel therapies, or enrollment in a clinical trial.” 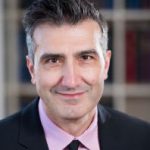 “And DCEP is often the go-to regimen that we have been using at the Alfred and at Monash to curtail that growth and allow us an opportunity to get the disease under control, re-introduce a novel agent or proceed to a first or second transplant.”

“As with anything, it’s about buying time.”

He said the treatment landscape has changed significantly since the study period.

“We have many, many more therapies available to us that we know are very effective and efficient and able to keep the disease in control, such as carfilzomib.”

“And that’s a great agent. One of the things you could do is DCEP the patients and then subsequently put them on carfilzomib indefinitely until disease progression.”