The severe irreversible hearing loss experienced by child cancer patients treated with platinum-based therapies such as cisplatin may be prevented with sodium thiosulphate, according to an international trial involving Australian oncologists.

Published in the NEJM, a trial in 12 centres randomised children with liver cancer to be treated with cisplatin plus sodium thiosulfate (57 children) or cisplatin alone (52) found the incidence of cisplatin-related ototoxic effects was almost halved in the sodium thiosulphate treated children.

The use of sodium thiosulphate had no effect on the anti-tumour effects of cisplatin, with overall survival rates similar in both groups (96% vs 92%) as well as event free survival (82% vs 79%) at three years. 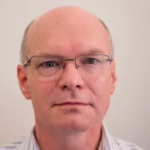 The study investigators  – who included paediatric oncologist Professor Michael Sullivan of the University of Melbourne – said the main adverse effect of sodium thiosulphate was nausea, which occurred despite children being given prophylactic antiemetic treatment. Concerns about a sodium load were not reflected in sodium levels or hypertension among children, they added,

Professor Sullivan said the otoprotective effect seen in the trial with sodium thiosulphate was a welcome finding because cisplatin could cause severe and permanent hearing loss that can affect the development of speech and language and require children to have Cochlear implant hearing aids.

Sodium thiosulphate, an anti-oxidant usually used to treat accidental cyanide poisoning is thought to act as a free radical scavenger to protects the hair cells in the inner ear, he said.

“This trial shows we can achieve very high cure rates for some types of childhood cancer while reducing the long-term side effects of chemotherapy. Sodium thiosulphate is now available, and we have begun using it at the Royal Children’s Hospital in Melbourne,” said Professor Sullivan.