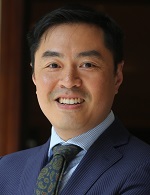 The decision about which biologic to choose for patients with Crohn’s disease used to be based largely on their preference for subcut or IV administration.

And given the biologics and their biosimilars have similar rates of clinical remission, safety has become one of the main discriminators between therapies for many patients.

Speaking to the limbic at AGW 2018, Professor Rupert Leong, from the University of Sydney, said patient preference still guided prescribing.

“The newer agents are designed to be safer – reducing opportunistic infection and cancer risk – so when that governs the discussion with patients in a prescribing situation, I would use those agents if that is most important criteria for the patients.”

“If they don’t want to be taking the risk of getting infection or they are elderly and using multiple drugs then I would steer toward vedolizumab and ustekimumab,” said Professor Leong, who is Director of Endoscopy at Concord Hospital.

He told the meeting that safety concerns were also important in young patients who would have a long duration of treatment and for women considering pregnancy.

A 2016 study had shown anti-TNFs, which included etanercept, infliximab, adalimumab, certolizumab and golimumab, taken during pregnancy did not significantly raise the risk of birth defects.

He said usual advice was to avoid vaccination with live vaccines such as rotavirus in infants under 12 months who had been exposed to biologics in utero.

However there was newer evidence that the vaccine might be safe but less effective in exposed infants.

Professor Leong said anti-TNFs had an advantage over newer agents for criteria including potency, efficacy in the setting of pregnancy and extraintestinal manifestations.

And certainly more data was required on mucosal healing with vedolizumab and ustekinumab.

Recent clinical practice guidelines for perianal fistulising Crohn’s disease confirmed the use of anti-TNF therapy in combination with thiopurine or methotrexate, but more data was required on vedolizumab and ustekinumab.

A retrospective cohort study published earlier this year showed neither vedolizumab, adalimumab nor infliximab were effective in managing biliary inflammation associated with IBD.

“No drug is adequate to treat this condition,” he said.