Professor Nick Shackel: What’s in store for liver disease in 2019? 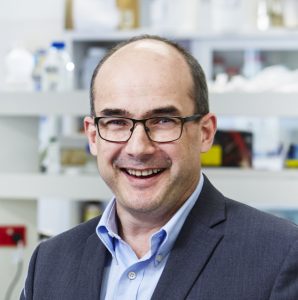 Point-of-care hepatitis C testing, new combination therapies for liver cancer, and understanding the role of the gut microbiome in fatty liver disease are just some of the promises around liver disease in 2019.

With rates of obesity as high as 50-60% in parts of Liverpool Hospital’s catchment area, an effective treatment for fatty liver disease is at the top of Professor Nick Shackel’s wish list.

Professor Shackel, who leads the Gastroenterology and Liver Disease Group at the Ingham Institute of Applied Medical Research, told the limbic the size of the problem was daunting but it was also an incredibly active area of research.

“To give an idea of where therapeutics are going, there are estimated to be in excess of 90 different compounds being tested worldwide that may have activity to treat liver disease due to fatty liver.”

“Pharmaceutical companies have identified that possibly by 2030, there will be more sales of these drugs in North America than the market for current oncology drugs.”

He said while there were a lot of treatments coming onto the market, there were also major challenges including the lack of good markers for progression to fibrosis and cirrhosis.

As well, new medications for fatty liver disease could be incredibly expensive.

Professor Shackel said there was increasing recognition of the role of the microbiome in the various manifestations of fatty liver disease – determining whether or not people developed liver injury with their fatty liver.

“Maybe we can use diet as effective medication not just through calorie restriction but by changing the composition of diet,” he said.

Extending DAA wins to all

Professor Shackel said an ongoing success story in liver disease was the uptake of the direct-acting antivirals (DAAs) for hepatitis C.

“The new challenge is now not access to the drug but getting it out there to marginalised people who don’t regularly engage in healthcare or maybe have issues with substance dependence.”

“And there have been some significant advancements looking at point-of-care testing where, rather than wait days for a results, people will get a result back in under two hours and can be started on treatment immediately.”

“This is an area of great promise going forward and we will probably see more implementation strategies put in place during the year with a view to it becoming more mainstream from next year onwards.”

Professor Shackel said a national consensus statement on the management of liver cancer was being drafted and due to be released this year.

“Our goal to look at current practice in an evidence based manner and recommend what is the standard of care.”

“It is very clear that if you want to appropriately manage liver cancer, that it needs to be done through a multidisciplinary meeting with many specialists from multiple disciplines in the room so the patients are offered all treatment options available in an unbiased manner. That is much better for consistent patient care.”

He said it was very clear that some treatments being offered probably had little evidence to support them and shouldn’t be used routinely.

The flip side was to ensure that treatments that are effective are offered to all patients who might benefit from them.

He said in the area of advanced disease, which had an appalling mortality rate, there were new developments promising better outcomes.

“We used to only have the one drug sorafenib but now we have lenvatinib, and we are about to have a range of other drugs coming onto the market that have been demonstrated to be effective including regorafenib and cabozantinib.”

“And the other thing becoming apparent is that the immunotherapies that work in other cancers, also look like they work in a certain portion of people with liver cancer.”

“It’s an area of great unmeet need but now we have all these new treatments coming up that hopefully in the next 5 to 10 years will hopefully become mainstream.”

“We are up with best practice worldwide and while that always has some clinical variation – it is the nature of innovation – we have to be careful that the variation is not at the expense of offering recognised effective treatments.”

He added that early detection of liver cancer that may be amenable to curative therapy such as surgical resection was an ongoing challenge.

“And that means that the standard of care for people with cirrhosis at least, is now recognized to be an ultrasound every six months with a blood test [alpha-fetoprotein] and that has been incorporated into our consensus statement document.”

Professor Shackel said reducing the burden of liver disease required action on so many levels but was an area of future promise.

“Thanks to an increase in organ donation rates, the number of successful liver transplants we’ve been able to do is going up but we are still only doing hundreds whereas there are thousands of individuals with chronic liver disease. It’s an improvement but we need all these other things to work.”