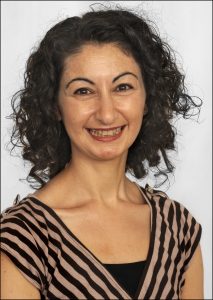 Published in Archives of Disease in Childhood, results from a prospective study of about 1000 GPs showed that acid suppressants were prescribed in almost half of GP visits for infants with reflux (43.6%) and half of visits (48.5 %) for gastro-esophageal reflux disease (GERD).

Overall 2.2% of all infants visits to a doctor had a presenting problem of reflux, and 0.5% had GERD.

The findings were cause for concern because there was no evidence that PPIs or H2 antagonists were effective in infants with reflux or GERD, researchers from the University of Sydney said.

“Acid suppressant medicines are no better than placebo and may have negative side effects such as increased risk of infection.”

Professor Nassar noted that prescribing guidelines for infant reflux were inconsistent. But she emphasised that the Paediatrics and Child Health Division of the RACP recommend against routinely treating GERD in infants with acid suppression therapy.

The researchers said the high rate of acid suppressant use in infants might be driven by parental expectation, in a similar fashion to the overprescribing of antibiotics.

“Frequent or copious regurgitation may worry parents, and if accompanied by a crying or unsettled infant may be distressing. If infants’ symptoms are labelled as disease (GERD), rather than ‘a problem’, parents are more likely to be interested in using medications, even if told that they are ineffective,” they wrote.

“As GPs’ perceptions of patient expectations are known to be strong determinants of prescribing, GPs may feel inclined to intervene rather than provide explanation and reassurance. Furthermore, a culture of defensive medicine may also contribute to over-treatment of these conditions.

The researchers said parents of babies needed to understand what was normal, and the limits of medical therapy.

“It important that GPs advise parents about the lack of evidence about the use of these medicines for babies, and that they may be harmful. While it can be a distressing time for parents, it is important they know that by the first birthday, most babies will have grown out of this stage without needing any medicines.”

The findings were based on GP records of 100 consecutive visits with patients between 2006-2016.