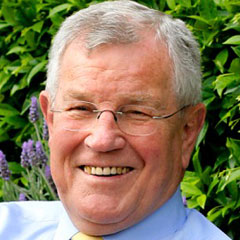 Receiving a Medal of the Order of Australia (OAM) is Sydney gastroenterologist Associate Professor Terry Bolin, founder and chair of the Gut Foundation. Professor Bolin recently retired Consultant Emeritus at the Gastrointestinal and Liver Unit Prince of Wales Hospital and Conjoint Associate Professor of Medicine University of NSW, Sydney. He established the Gut Foundation in 1983 with the aim of educating the community and preventing bowel cancer, spearheading campaigns and fund raising and pioneering a crusade for bowel screening at population level and amongst younger age groups.

Dr John McHutchison, chief scientific officer of pharmaceutical giant Gilead based in the USA, is named an Officer in the General Division (AO) for distinguished service to medical research in gastroenterology and hepatology, particularly through the development of treatments for viral infections, and to the biopharmaceutical industry. Dr McHutchinson undertook his medical training in Melbourne, joining Gilead in 2010, leading a team which has developed five medicines for the treatment of chronic hepatitis B and hepatitis C.

Melbourne gastroenterologist, Associate Professor Paul Desmond, is named a Member in the General Division (AM) for significant service to the field of gastroenterology as a senior clinician and researcher and to professional associations.

Fellow Melbournian Dr Ian Kronborg, Director of Gastroenterology at Western Health in Melbourne, is also recognised with an AM for his service to the specialty, and his innovative substance abuse treatment programs.

Dr Michael Miros, a gastroenterologist specialising in endoscopy, is awarded a Medal in the General Division (OAM) for his service to the medicine and the field of gastroenterology.

Two GI surgeons are also named Member in the General Division (AM).

Queensland general surgeon Associate Professor Bernard Smithers is recognised for his service to the field of GI and melanoma surgery. West Australian general surgeon Professor David Fletcher, is recognised for significant service to medicine in the field of gastrointestinal surgery as a clinician, educator, researcher, and leader in health service delivery.

Other prominent names in medicine to make the Queen’s Birthday Honours roll include Sydney neurosurgeon and former AMA president Professor Brian Owler (awarded AO) and the late Professor David Cooper, a world leader in the field of infectious diseases, who was director of the Kirby Institute in Sydney. Professor Cooper, who died this year, is posthumously awarded the highest honour, Companion in the General Division (AC) for eminent service particularly in the area of HIV/AIDS research, as a clinician, scientist and administrator, to the development of treatment therapies, and to health programs in South East Asia and the Pacific.