Ethics approval should be eased for low-risk research: expert 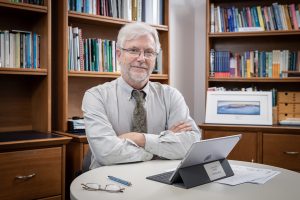 Australia needs to follow the example of many other countries and loosen up on restrictive ethics approval processes for low-risk health and medical research.

A comparison of national guidance regarding research ethics from Australia, the UK, the US and the Netherlands found all countries exempt some research from ethics review but Australia was the most restrictive.

One of the Australian co-authors on the paper Professor Paul Glasziou told the limbic that the NHMRC National Statement on Ethical Conduct in Human Research could be improved with more specific examples.

“We are working with the NHMRC and we think the national statement needs to change in two ways. One is to change some of the categories. The other is, like in other countries, to provide a set of examples that make clear what the boundaries are and also to be clearer about the levels of process.”

“There are whole categories of situations where we are more strict than other countries – in the use of secondary data for example.”

He said low risk research in particular, does not need to go to a full committee. Instead someone who administers the committee, could check the level of risk was correct and if so, approve within 24 hours.

“It’s still a  good idea to have it registered in a way by going through that process – so you have a central record of that research occurring. But it should be a very simple and quick process without the full ethics committee having to review it. It wastes their time and the researchers’ time.”

Professor Glasziou, director of the Institute for Evidence-based Healthcare at Bond University, gave some examples of research that should not need ethics review.

“One example that is exempted in many countries is a survey of your professional group. For example, you are a physiotherapist who is asking other physiotherapists which procedures they commonly do.”

He said there was no risk and no issue of a researcher wielding power or control over others.

“Their consent is the fact that they volunteer to do your survey. And it’s part of improving professional conduct to do that sort of thing so inhibiting it unnecessarily …seems inappropriate to us.”

He said another example was Delphi studies where someone was asking academic colleagues to formulate a set of recommendations around a question.

“Because they are colleagues who are volunteering their time, because they are interested in the question, and again, because there is no power relationship, that is what I would categorise as no-risk research. We think it is unnecessary to go through a standard ethics process.”

Professor Glasziou said providing specific examples was the clearest way forward – something the Netherlands did quite well.

“I think ethics committees tend to be risk averse without a clearer spelling out of those boundaries.”

He said there was also considerable variation in approaches between institutions within Australia which created issues for multi-centre research.

“So at the University of Newcastle, they make it clear that you don’t need to submit ethics for a Delphi. And that’s because it is their interpretation of the national statement.”

But other institutions may have different interpretations of the rules given the “somewhat vague and abstract nature of the national statement,” he said.