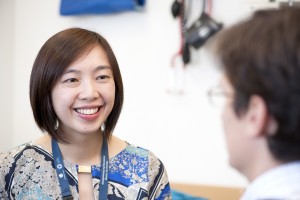 Many clinicians will have to play catch up on the hormonal management of gender diverse and trans adults as demand exceeds the capacity of specialised gender clinics.

However a position statement, published in the MJA, incorporating a hormone therapy algorithm and guidance on monitoring and support has made the process easier.

Co-author Dr Ada Cheung told the limbic that in many ways the medical management of transgender people was straightforward.

“It’s similar to treating menopause or hormone replacement for other conditions that have low sex hormones like low testosterone in a cisgender male. The principles are the same,” she said.

“The biggest issue for the trans community as adults was that they wanted better training for doctors in trans health and they wanted to be able to access gender affirming care everywhere.”

“It’s traditionally been delivered by specialised gender clinics but we are moving more away from that now and it’s becoming more mainstreamed.”

“And so we wanted to provide clinicians – GPs, sexual health physicians, endocrinologists – with a ready reference. If someone who was trans came into their rooms, they could pick up this document and know what to do. That was the goal.”

“When we surveyed doctors, it wasn’t that they didn’t want to treat but they didn’t have confidence in treating and that is because the large majority (96%) had never been taught trans health in medical school.”

“We’ve had a 10-fold increase in people seeking our trans health services and so we need medical professionals to catch up from a community and clinical need perspective.”

Dr Cheung, from Austin Health and the University of Melbourne, said acceptance was the big issue for trans people who may be seeking health care.

She said one-third of trans adults had suffered discrimination in a health care setting.

“Getting that understanding will go along way to helping people’s mental health.”

She said there were many reasons why people did not start hormone therapy until they were adults.

“Sometimes it takes a long time to explore one’s gender and realise what it is or there may be barriers to accessing treatment as a child or adolescent. You need to have an awfully supportive family to be able to get care. It can often be quite a journey.”

The position statement covers hormone formulations and doses for therapy, recommends three-monthly monitoring in the first year of therapy, and outlines other masculinising and feminising procedures.