Time to focus on young/old-onset T2D 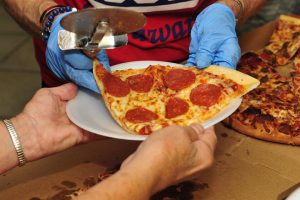 Young people with type 2 diabetes are being misdiagnosed as type 1 while the elderly are being underdiagnosed, the 2018 ADA Scientific Sessions was told.

According to epidemiologist Dr Sharon Saydah, from the Centers for Disease Control and Prevention (CDC), about 17% of young people with type 2 diabetes were misclassified.

Yet because of their young age they were clearly at risk for future complications such as diabetic kidney disease, retinopathy, neuropathy and arterial stiffness.

She said non-traumatic lower limb amputations, for example, were increasing in people under 44 years of age but decreasing in all older age groups.

A recent US study also demonstrated that short-term mortality rates for individuals diagnosed with type 2 diabetes before the age of 20 were twice as high as the comparable general population.

However the data from more than 9,000 individuals in the SEARCH for Diabetes in Youth study found there was no excess mortality evident in people with type 1 diabetes.

Dr Saydah said the increasing rates of overweight and obesity were the main risk factors for young-onset type 2 diabetes.

With about one in six children in the US already obese and few young adults meeting nutrition and physical activity goals for preventing type 2 diabetes, rates were expected to climb, she added.

Also speaking in the symposium on new-onset type 2 diabetes, Professor Hermes Florez said there was a ‘tsunami’ of new-onset diabetes in the elderly.

Professor Florez, a specialist in both endocrinology and geriatrics from the University of Miami, said the incidence of diabetes in over 65 years olds had nearly doubled in the last 10 years.

From a US perspective, elderly minority groups including black and Asian men and women were ‘gravely affected’.

While older-onset type 2 diabetes appears to be associated with improved glycaemic control and a better prognosis than diabetes that develops at younger ages, it was nevertheless associated with higher mortality compared to the elderly, non-diabetic population.

While a lot of evidence came from studies that did not include elderly participants, he supported HbA1c goals of <7.5% for relatively healthy older people with fewer than three chronic diseases, no cognitive impairment and none or only one problem with activities of daily living.