Concern over high rates of disordered eating in people with diabetes

Can rural specialist services move beyond outreach and telehealth?

Cycling enables people with diabetes to reduce mortality by 24%: study

Subsidised CGM has not improved outcomes in Australian children with T1D 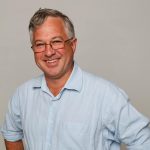 Australia’s program of providing subsidised CGM devices for young people with type 1 diabetes has not resulted in improved glycaemic control or reduced rates of severe hypoglycaemia, experience at a Melbourne tertiary centre has shown.

Two year outcomes for a cohort of 341 patients under 21 years of age who started CGM at Melbourne’s Royal Children’s Hospital in 2017 have been “underwhelming’, according to clinicians who report that many children discontinued or underused the devices and there was little overall impact of on glycaemic control.

Their findings, published in Paediatric Diabetes, show that CGM usage was not associated with any significant change in patients’ HbA1C levels from a baseline level of 7.8% when followed up at 4, 8, 12, 16, 20, or 24 months.

Similarly there was no change in the percentage of patients with HbA1C in the target range of < 7.0%, from a baseline level of 26%.

Rates of severe hypoglycaemia did not appear to be reduced with CGM use compared to the baseline rate of 5.0 episodes per 100 patient years, although the numbers were too small to make statistically valid comparisons.

The authors say the results are from a representative cohort of 30% of patients treated at the RCH Diabetes Clinic who had an average age of 12.9 years and an average duration of T1D of 6.3 years. The patients were started on Medtronic Guardian Connect/Guardian 2 and the Dexcom G5 devices as part of the $54 million Australian Federal CGM initiative to subsidise devices for people under the age of 21.

One in seven patients stopped CGM within four months and only about half (54%) of the 125 children still using CGM at 24 months were using it all the time. In these patients, the mean HbA1c was 7.6%.  The main reasons given for stopping were dislike of wearing the device and technical/alarm issues.

Neither HbA1C outcomes nor rates of severe hypoglycaemia appeared to be consistently influenced by frequency of CGM use (>75% of the time).

The study investigators, including endocrinologist Professor Fergus Cameron, said the CGM outcomes seen in a real world cohort of patients from a large tertiary diabetes clinic were at odds with the narratives of clinical benefits in T1D based on anecdotal reports and other uncontrolled studies.

“Despite international guidelines recommending that CGM be used in all T1D patients not achieving target HbA1C, our experience is that CGM has thus far not proved itself to be a therapeutic panacea,” they wrote.

“Given the high expense of CGM systems, the consistently reported suboptimal rates of effective usage and high rates of cessation, it is logical to consider patient selection in CGM use,” they suggested.

But they also cautioned that the clinical benefits of CGM were not guaranteed even in people with high rates of adherence.

“This is perhaps related to issues of over-reliance and non-reflective interpretation of CGM data by some patients who are otherwise avid wearers of the device,” they wrote.

Speaking to the limbic, Associate Professor Glynis Ross, endocrinologist at Royal Prince Alfred Hospital Sydney and President of the Australian Diabetes Society, said optimum usage of CGM requires a high level of support and education from health professionals but this may not accessible when diabetes centres are already overstretched, or because of financial barriers for patients seeing health professionals for education and support .

“One of the things that is often not recognised with diabetes technology is that it is only as good as the people who are trained to use it. So if there’s not enough training and support, and people don’t have realistic expectations for it then there are going to be issues,” she said.

Professor Ross said CGM works really well for some people but should not be seen a ‘magic bullet’ for  type 1 diabetes, as it requires effort and time to use, such as the downloading of glucose data from devices and acting on it to make lifestyle and therapy changes.

“The subsidised CGM program for the government is vitally important and there are significant advantages for patients having access to CGM, but as with every bit of diabetes technology not everyone is going to want it or need it,” she added.

Professor Ross added that the low adherence rates with CGM  should be seen in the context of it being used in an age group  – especially teenagers – who may feel awkward about their bodies, what they wear and how they relate to parents.

CGM endorsed as gold standard in clinical guidelines CGM rollout proves popular – but is it the best use of scarce resources? Coalition pledges funding for wider access to CGM
Cancel