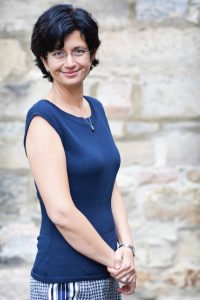 Slovakia’s Roma population and Pima Indians in the US have both helped shape the research career of the 2018 recipient of the Ranji and Amara Wikramanayake Clinical Diabetes Research Award.

Associate Professor Barbora de Courten, Head of the Diabetes and Chronic Diseases Laboratory at the Monash Centre of Health Research and Implementation and a Senior Clinician at Monash Health, was recognised with the award for her research into genetic and environmental factors that contribute to obesity, insulin resistance and type 2 diabetes.

In particular, her ongoing research aims at developing low-cost, safe and scalable interventions that target chronic low-grade inflammation as an important pathomechanism in the development of type 2 diabetes and other chronic diseases.

Perhaps not surprisingly for a marginalised ethnic minority, the Roma were shown to have poorer health than non-Roma people, including a three-fold higher rate of diabetes and a twice the rate of obesity.

But it was her research experience at the National Institutes of Health in the US from 1999 to 2003 that she regards as transformative, she told the limbic ahead of the Australasian Diabetes Congress.

“And there I got not only a very solid grounding in clinical research, pathophysiology research and clinical trials but also discovered that research is a lot of fun. It was a fantastic group of people to learn from, one of the best in the field, and very inspiring environment,” she said.

From work with the Pima Indians, who have one of the highest prevalence rates of obesity and diabetes in the world, she identified that inflammatory markers such as white blood cell counts predict the development of type 2 diabetes.

“I was the first one to show that white blood cell count was related to decreased insulin action and the development of type 2 diabetes. This work shaped later my career direction investigating interventions that by reducing chronic low-grade inflammation might potentially prevent type 2 diabetes.”

Since moving to Australia, Associate Professor de Courten has continued to pursue the role of chronic, low-grade inflammation – seeking to confirm whether it is physiologically important in glucose metabolism or ‘a surrogate for something else’.

“The easiest way of looking at this was using anti-inflammatory drugs. At the same time, others were looking at salicylates in animals and showed that insulin sensitivity improved.”

Intervention trials in humans and a recent systematic review and meta-analysis confirmed anti-inflammatory drugs led to an improvement in glucose metabolism but only at quite high doses and with accompanying side effects.

“So we said, yes it does work, but the side effect profile is not that great and probably using this for primary prevention is not the best strategy.”

She has also investigated other interventions such as diets low in advanced glycation end products and vitamin D that both appeared to improve glucose metabolism.

“Vitamin D deficiency is very common around the world – about 1 billion worldwide – but even here about 30% of Australians are deficient.”

“There was not only a lot of data from basic science and observational research that vitamin D was related to diabetes and cardiometabolic risk factors and diseases but also that vitamin D is extremely important in inflammation.”

“So again, we did a study where we looked at insulin sensitivity and secretion and inflammatory markers. This particular study was negative which was consistent with other studies investigating effect of vitamin D on glucose metabolism which came out in the same year.”

“However, there are some more questions to be answered. The evidence from basic science and epidemiological trials is very, very strong and one important question remains which hasn’t been answered in humans is how different polymorphisms might interact with vitamin D supplementation.”

“Nutrigenomics is a new field which is very interesting and I believe will be important for personalised dietetics. This is one of the questions we want to investigate with this award – how those genetic polymorphisms play an role and if we can identify individuals who are benefiting from vitamin D supplementation as opposed to those who are not.”

Associate Professor de Courten is also currently investigating the food supplement carnosine, which has the potential to be combined with lifestyle intervention in the prevention of diabetes because it improves exercise performance.

“There is solid evidence from animal studies which show that carnosine also improves chronic low-grade inflammation, oxidative stress and even advanced glycation so all of the three processes which are very important and I have been researching in the past 15 years.”

Two studies investigating carnosine in the prevention of diabetes in overweight and obese people and the reversal of glycaemic impairment in pre-diabetes are currently underway.

“We now know that diabetes and other chronic diseases are much more connected than we gave them credit for in the past. I believe that they are connected through inflammation, oxidative stress and advanced glycation, which I am interested to target in my intervention strategies.”

“I believe we should strive to design interventions for prevention of diabetes, which are synergistic with lifestyle and improve several risk factors and therefore diseases at the same time. ”

“All of the interventions I study have the potential to have immediate public health applications. Carnosine for example, is a food supplement and doesn’t require approval from regulatory bodies. If it works it can be used for primary prevention or as an add-on to current therapy in diabetes and other diseases.”