A robust debate about whether a treat-to-target approach is useful in the management of osteoporosis came down to semantics at the final vote at the ASBMR 2020 Annual Meeting.

The debate pitted Dr Celia Gregson on the affirmative for the European Calcified Tissue Society (ECTS) against Dr Michael McClung representing the negative for the ASBMR.

A pre-debate poll suggested the debate would be settled in the affirmative (63% FOR) but an hour later slightly more than half the votes were against the motion (54%).

Dr McClung, founding director of the Oregon Osteoporosis Centre in the US and a professorial fellow at the Mary MacKillop Institute for Health Research in Australia, appeared to scrape the narrow win from his argument that while a treat-to-target approach had appeal, it was not yet ‘prime-time’.

“We’re not ready at the moment to fully adopt the treat-to-target strategy because we don’t have a strategy,” he said in his rebuttal. 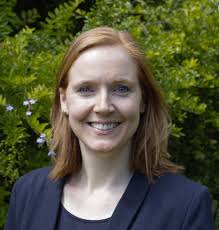 Dr Gregson, an orthogeriatrician at the Royal United Hospital Bath and researcher at the University of Bristol (UK), told the virtual meeting that targets work in healthcare generally and in patients with osteoporosis specifically.

She said treat-to-target has been successful, and was endorsed by many professional societies, in conditions such as hypertension, type 2 diabetes, dyslipidaemia and rheumatoid arthritis.

And in osteoporosis, the National Hip Fractures Database (NHFD) target introduced in England in 2007 had driven down 30-day mortality post-osteoporotic hip fracture from about 11% to 8.5%.

“Treat-to-target is now a feasible and useful approach in osteoporosis care. Treatment options have increased quite markedly with expansion of access to anabolic therapies so treat-to-target offers arguably the most gain to those at highest risk.”

She said targets for treatment should reflect the reasons for treating – for example, a recent fragility fracture or FRAX probability of fracture exceeding the intervention threshold required a target of freedom from fracture or keeping the risk of fracture low.

Equally if a BMD T-score <-2.5 was the reason for treatment, then a BMD T-score >-2.5 was a suitable target of treatment. Initiation of osteoporosis-inducing therapies such as glucocorticoids might warrant the preservation of bone mineral density as a target.

Dr Gregson said she felt the barrier to widespread implementation of treat-to-target approach had been an over-emphasis on one target – a BMD T-score >-2.5  – for everyone.

“I would argue that one size can’t fit all; one T-score doesn’t fit the whole osteoporosis population.”

She said the expanding menu of anabolic agents meant it was now possible to achieve even ambitious treatment targets in people at very high risk of fracture.

And a recent IOF/ESCEO position paper on risk stratification confirmed that treatment can be prioritised according to risk – matching ambitious targets with ambitious treatments such as anabolic agents for the highest risk group.

“A treat-to-target approach means you can individualise therapy and osteoporosis management should be individualised,” she said.

Treat-to-target has appeal but not quite ready

Her opponent in the debate largely agreed that a treat-to-target approach had the potential to provide benefit to patients but without a better target, the approach was not yet useful.

Dr McClung said ‘no fractures’ was not an appropriate target as most patients with even severe osteoporosis do not experience a fracture over a 5-year time period.

And while there were adequate tools and algorithms to assess fracture risk in individual patients, they were not designed to be used as treatment targets and were not responsive enough to monitor therapy.

Bone turnover markers were also a moving target given their variability with factors such as time of day of sample collection, recency of meal, physical activity and other drugs.

“Perhaps the most appropriate and ideal target would be a measure of bone strength. That’s what we are trying to accomplish with therapy and we now have ways that bone strength can be easily assessed,” he said.

However tools such as finite element analysis had not yet been validated as markers of treatment effectiveness and were not widely available.

Dr McClung said BMD was the most appealing target due to its availability and recent evidence demonstrating that treatment-induced changes correlate with fracture risk reduction.

However clinicians would be familiar with cases of women with vertical compression fractures whose BMDs were above the target for treatment or women with very low BMD who, even with the most aggressive treatment, would never reach target.

“We have improving but limited tools to move BMD toward a target,” he said.

“The treat-to-target concept has many compelling components. The recent data about the relationships between treatment-related BMD values and current fracture risk are appreciated and very welcome and I think does help guide treatment decisions.”

“The treat-to-target strategy will only be successful if the targets are individualised for each patient, if those targets are attainable by most patients …and only we have the evidence that adopting this strategy improves clinical outcomes.”

“Recognising that the treat-to-target strategy has appeal, we should certainly encourage more research and be attentive to those results, but we must hold off on the adoption of the strategy ….until we have the evidence convincing us of its clinical value.”