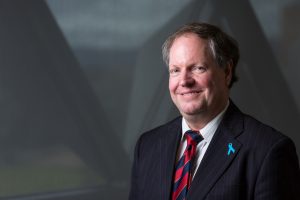 Testosterone can prevent progression to and reverse early type 2 diabetes in high risk men – but don’t rush to write prescriptions just yet.

Professor Gary Wittert, from the University of Adelaide, told the virtual ADA Scientific Sessions that low testosterone is an independent risk factor for T2D in men who are overweight and obese. And he presented findings from an Australian study showing that testosterone and a lifestyle program may have benefits, but the lifestyle component is key.

His study team recruited 1,000 overweight or obese men aged 50‐74 years with a serum testosterone of ≤14 nmol/L and 2-hr OGTT glucose in the range 7.8-15 nmol/L, from across six sites in Australia.

Participants were randomised to either 1000 mg testosterone undecanoate or placebo at baseline, 6 weeks and then 3‐monthly visits for the duration of the two-year study period and all were enrolled in a community-based lifestyle program (Weight Watchers).

The study found the primary outcomes supported the hypothesis that testosterone had a beneficial effect in this group of men.

And the difference in the mean change in 2hr OGTT glucose was also highly significant (-0.95 vs -1.70 nmol/L).

The effect was independent of baseline serum testosterone concentrations, he said.

The study also found normalised blood glucose in 43.3% of the controls compared to 51.9% of testosterone-treated men.

“These are people who went from abnormal to completely normal levels,” Professor Wittert told the limbic.

“It’s only a little bit more in the testosterone group. The more important point is the incredibly powerful benefit of a lifestyle intervention program for normalising blood sugar.”

“As far as I’m concerned this is a preventable disease and we need to make it clear to people that diabetes is reversible at this point and to get people into a lifestyle program,” he said.

The study found testosterone treatment was also associated with favourable changes in body composition including a decrease in fat mass, abdominal fat and waist circumference, and an increase in muscle mass and grip strength.

“If you don’t do a lifestyle program, you won’t get this kind of effect,” he warned.

“The benefit of testosterone comes late – it’s not an immediate effect – and is mediated by the changes in body composition. So to prescribe testosterone is not appropriate without ensuring someone is on a lifestyle program that is adequate to meet the needs of the individual and that they comply with it, and with monitoring on a regular basis.”

There was no difference between the groups in the use of anti-diabetic drugs; compliance with the lifestyle program or levels of weekly exercise achieved.

Professor Wittert said there was no signal for cardiovascular or prostate cancer adverse events.

However an increase in the haematocrit – a well known adverse event associated with testosterone use – was seen in  21.6% of the treated men vs 1.2% of controls, resulting in some withdrawals from the study.

He said baseline risk factors for an increased HCT such as undetected sleep apnoea or undetected airways disease should be assessed before prescribing testosterone.

Professor Wittert cautioned that the findings could not be generalised beyond the relatively low-risk population enrolled with a concurrent lifestyle program, relatively frequent monitoring and support.