Liver-led glycaemic control protein could be next T2D therapy 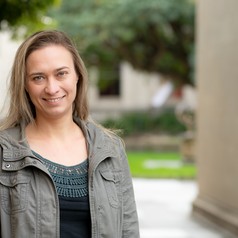 Victorian researchers have shown that a liver-secreted glucose-responsive protein, SMOC1, can decrease blood glucose levels and may be engineered as a potential treatment for people with type 2 diabetes.

Lead author Dr Magdalene Montgomery, head of the Metabolic Crosstalk Laboratory at the University of Melbourne says the SMOC1 was already known to scientists as a hepatokine, one of several liver proteins that regulate whole-body metabolism, but its role in regulating blood glucose was previously unexplored.

“We discovered SMOC1 as a protein that was secreted by the liver when blood glucose levels are high, suggesting that SMOC1 might play a role in blood glucose control. This turned out to be true,” she says.

The research team showed that mice injected with recombinant SMOC1 showed improved glycaemic control, and a stabilised version of the SMOC1 protein injected into the diabetic mice once a week for four weeks also resulted in improved insulin sensitivity and glucose tolerance.

Professor Montgomery said SMOC1 appeared to be more effective at improving blood glucose control than current medications such as metformin, and it also reduced fatty liver and blood cholesterol levels.

Senior author University of Melbourne physiologist Professor Matthew Watt said the next step will be human trials, which would require engagement from the pharmaceutical industry.

“We anticipate, based on animal studies, that SMOC1 would be effective in people with newly diagnosed and advanced type 2 diabetes,” he said.

“We have also shown that SMOC1 improves glucose metabolism in human liver cells, so we are certainly optimistic that SMOC1 will be effective in humans.”

He said the new treatment would be unique among known type 2 diabetes medications. It was likely to be injected once a week, although the team was working on other methods.