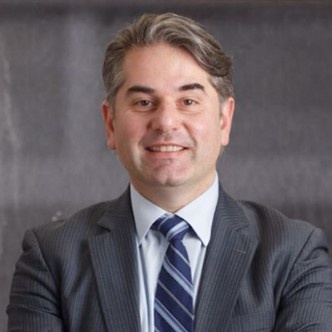 The largely evidence-free zone regarding hybrid forms of diabetes remains controversial and a clinical challenge, the ADC 2022 meeting in Brisbane was told.

Associate Professor Spiros Fourlanos told the delegates that hybrid forms of diabetes including slowly evolving immune-mediated diabetes, also known as latent autoimmune diabetes (LADA), and ketosis-prone type 2 diabetes were acknowledged with their own section in the WHO Classification of Diabetes Mellitus 2019.

However the more recent American Diabetes Association Classification and Diagnosis of Diabetes: Standards of Medical Care in Diabetes—2021 only gives both conditions a passing mention and does not include the term hybrid.

Associate Professor Fourlanos, from the Royal Melbourne Hospital, said there was a lot of clinical heterogeneity in diabetes.

LADA, while previously dubbed type 1.5 diabetes, appeared to be a true hybrid involving elements of both type 1 and type 2 diabetes rather than existing on any spectrum between the two conditions.

It found the presence of at least two of clinical features (LADA clinical risk score ≥2) in adults with diabetes justified GADA testing.

“These cohorts do seem to have mutations associated with type 1 diabetes,” he said.

Population-based studies from Sweden and Norway also found a significant interaction with adiposity – overweight and obesity plus a family history of diabetes combining to increased the risk of LADA by 4.5-6 fold.

Associate Professor Fourlanos said a recent review article proposed not screening for LADA in people with overweight or obesity.

While not an approach he necessarily agreed with, it was based on the argument that the presence of an islet autoantibody in an adult without clinical features of type 1 diabetes was most likely to represent a false-positive result.

“The reason this form of diabetes is still very controversial is its clinical significance. Many people do not progress to needing insulin,” he said.

Professor Fourlanos told the limbic that the concept of hybrid forms of diabetes was complicated by the fact that pure forms of both type 1 and type 2 diabetes could occur at the extremes of age.

For example, type 2 diabetes in children, adolescents and young adults was increasing globally and he had certainly had fit and lean older patients developing type 1 diabetes.

Management issues including addressing adiposity in some patients and how to convince the NDSS and PBS to respectively fund CGM or SGLT2 inhibitors in LADA.