Heatwave alert for people with diabetes 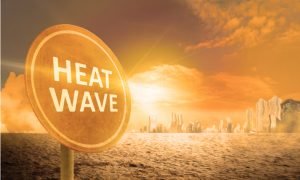 Emergency department (ED) visits for endocrine, nutritional and metabolic conditions increase during heatwaves in urban and rural areas of Queensland.

The findings support other evidence that heatwaves contribute to morbidity and mortality and are associated with an additional burden on the healthcare system.

The study compared ED presentations in eight communities around the state between 2013 and 2015. It defined heatwaves as a sustained increase in temperature above the 95th percentile for at least three consecutive days.

Upper temperatures ranged from 30.2 degrees in Brisbane to 38.5 in Longreach.

The study found a small but significant increase in total and cause-specific ED visits during heat waves. Endocrine, nutritional and metabolic conditions showed the largest increase with a relative risk (RR) of 1.18.

And scorching days only exacerbate other issues such as obesity and ageing.

“Given the double jeopardy of global increases in rates of obesity and climate change, it is important to understand the dangers posed to the people with endocrine-induced diabetes and other metabolic problems during periods of extreme weather,” the study said.

“Epidemiological evidence suggests that diabetes patients are at an increased odds of medical consultation during days of extremely high and low temperatures, especially during hot weather.”

“Specifically, individuals with diabetes have been reported to have lower skin blood flow and sweating responses during heat exposure and this can have important consequences on cardiovascular regulation and glycaemic control.”

The heatwave effect on ED visits was independent of a rural or urban setting although regional cities Townsville and Rockhampton were impacted the most.