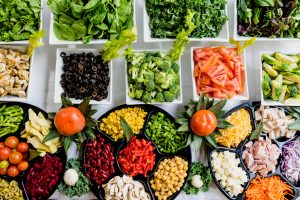 Young children with type 1 diabetes are eating too many snacks and not enough vegetables – setting them on track for future health consequences including overweight or obesity and cardiovascular disease.

A small study of 3-day food diaries from 24 children at the John Hunter Children’s Hospital in Newcastle found the macronutrient composition of their diet – 48% carbohydrate, 16% protein and 33% fat – was within recommended ranges.

However their saturated fat at 15% of daily energy intake exceeded the ISPAD recommendation of <10%. It was largely coming from snacks and processed meats such as sausages and bacon.

Importantly, no child consumed the recommended 2.5 serves of vegetables per day. Some children ate no vegetables at all.

HbA1c was found to be higher in children who ate in a grazing pattern than the majority who ate three main meals and one or two snacks per day.

Most children were receiving pre-prandial insulin either directly before or 15 minutes before their meals.

Co-author of the study and dietician Dr Carmel Smart, told the limbic the children were not doing any worse when it came to their nutrition than the general population.

However the findings reinforced the importance of routines around meals for children with diabetes to allow for pre-prandial administration of insulin and optimal glycaemic control.

Dr Smart said some parents apparently thought it was impossible to restrict children’s eating to meal times – exposing their children with diabetes to continual post-prandial highs.

“People do it [routines] in childcare but parents often give the message to toddlers that they can eat as much as they want, whenever they want.”

She said healthy foods like vegetables should be offered earlier in the day and not left until the evening meal when children and parents were tired.

“What was interesting was it [their diet] wasn’t any different from the dietary habits of the general population. People give kids fruit because they know they are going to eat it but they struggle to serve veggies across the board.”

She said their results were consistent with those of other similar studies.

The findings are published in BMJ Open Diabetes Research and Care.