Amidst all the medication and technology advances that might impact glycaemic control in young people with type 1 diabetes, never underestimate the power of the clinician’s character in the clinical encounter.

That’s the message arising from a study at the Royal Children’s Hospital in Melbourne looking at the personality characteristics of clinicians and the effect on their patient’s disease.

The study found patients did better when their doctors were ‘demanding and dogmatic’ – the less agreeable the doctor, the lower the HbA1c.

“The impact of these attitudinal traits was equivalent to the combined effects of patient characteristics and treatment type,” the study authors said.

The study comprised more than 1,000 patients seen at the hospital by eight doctors during two 3-month periods in 2016. Patient data was compared with their doctors’ attitude towards diabetes care and the results of a personality questionnaire.

The hospital randomly allocates all new patients to the next available clinician and patients continue to see that same clinician for the duration of their care.

Patients are seen an average of 2.7 times per year. 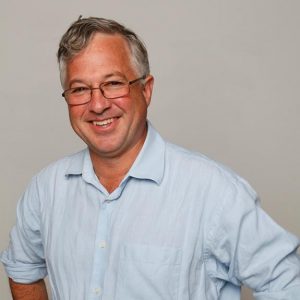 “It just highlights the profound impact. Even though it is only happening twice a year, the clinical encounter really casts a very long shadow.”

“If you think that within one clinic with homogenous care, and the same allied health care team, we have a consistent spread of HbA1c of 0.7%. That really tells you something about the background noise when you are looking at HbA1c as an outcome.”

He said it made the 0.2 or 0.3% HbA1c improvements lauded in clinical trials seem pretty insignificant.

“We were really surprised by the quantum of it and also that it was very persistent when we did it again six months later.”

“There is a lot of focus on everything but the clinical encounter and I think this highlights that clinical encounters are very important; that you can impact patients enormously by the style of your communication and your goals regarding the health of your patients.”

Professor Cameron, who is also Group Leader at Murdoch Childrens Research Institute, said there was an inherent tension between a focus on clinical outcomes such as HbA1c and other softer outcomes such as quality of life.

“I can think of a number of patients where we could markedly improve their quality of life by leaving them alone and allowing them to have terrible control and they would think that was fantastic, but of course it wouldn’t be medically looking after them at all.”

However the benefit of a team approach to care was that different people could focus on different priorities, he said.