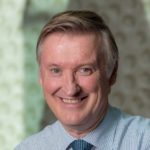 A leading endocrinologist is among hundreds of Australian doctors stranded on a ship off the cost of Chile after a ‘floating medical conference’ to Antarctic was scuppered by COVID-19 travel bans.

Associate Professor Peter Hamblin Head of Endocrinology & Diabetes at Western Health and a consultant endocrinologist at Alfred Health, Melbourne, was billed as one of the keynote presenters on an Unconventional Conventions Antarctica and Patagonia cruise aboard the Roald Amundsen liner.

The cruise-cum-conference was scheduled to visit the Chilean fiords, Antarctica and the Falkland Islands between 25 February – 17 March with 100 Australian doctors and dentists among the passengers as part of a Combined Medical Conference and Dental Conference Program.

But the ship is now marooned off the Chilean port of Punta Arenas after the country’s health minister announced a ban on all cruise vessels from docking from 16 March until September. The ban was brought in after a passenger on another cruise vessel tested positive for coronavirus.

Other speakers listed by the conference organisers for the ship-board medical conference accredited by the RACGP include Sydney emergency medicine specialist Professor Gordian Fulde and Dr Glenn Rice-McDonald, a sleep and respiratory physician at The Mater Private Hospital, Brisbane.

Professor Hamblin was billed as presenting update sessions for GPs on topics including type 1 and 2 1 diabetes, diabetes complications, osteoporosis, thyroid disease, and pituitary and adrenal disease. 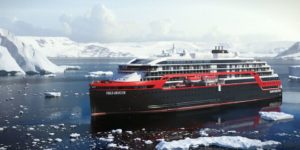 A spokesperson for the ship’s operator, Hurtigruten Asia Pacific said it was working to plans to arrange transport for all passengers to return home as quickly and safely as possible.

According to the Guardian, the company said passengers were in good spirits and there have been no cases of coronavirus on board.

Social media responses to the Chilean health minister’s tweet about the ban expressed strong opposition to a plan for the passengers to be flown to a rural town under quarantine. They noted with irony that the health minister’s departmental cuts meant the town did not have a doctor, only a paramedic.

According to its website, Unconventional Conventions has been organising travel-based medical conferences for more than two decades, with an Academic Advisory Committee comprising many experienced Australian medical practitioners.