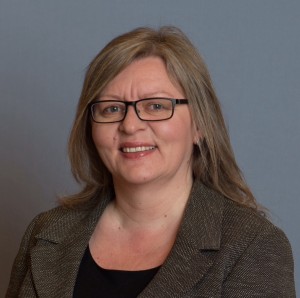 People with recurrent severe hypoglycaemia or impaired awareness of hypoglycaemia have a set of beliefs that normalise or minimise any concerns about their low blood glucose levels and prioritise avoidance of hyperglycaemia.

Survey responses from about 2,000 US adults with type 1 diabetes found 37% reported impaired awareness of hypoglycaemia (IAH), 16% had recurrent severe hypoglycaemia (RSH) and 9% had both.

Only 11% of people with intact awareness of hypoglycaemia had experienced RSH, defined as two or more severe hypoglycaemic episodes in the past year.

Some of the beliefs included not getting too worried about hypoglycaemia but getting worried about high blood glucose readings, being confident that someone would always be around to help during a hypoglycaemic episode, and knowingly giving themselves more insulin than required.

People with IAH were also more likely to believe they could function normally during hypoglycaemia than those with intact awareness.

“The findings are consistent with psychological perspectives of beliefs and behaviors, IAH and SH forming a vicious circle maintaining problematic hypoglycemia. However, such beliefs are likely to be modifiable,” the study researchers said.

Co-author on the international study Professor Jane Speight, from the Australian Centre for Behavioural Research in Diabetes, told the limbic there was some evidence that blood glucose awareness training could help people identify their symptoms and address their related thoughts and beliefs.

For example, the UK’s HypoCOMPaSS study had incorporated psychoeducation into a complex intervention to help people regain awareness of hypoglycaemia.

“In Australia what we have been doing is trying to put that content into an online program for people to access via a website and do it in their own homes. The reason we’ve tried to do that is we recognise that we don’t have all the clinical psychologists specialising in diabetes that we would need to make that accessible to all the people who might benefit, especially with the distances in Australia.”

“We’ve got some promising pilot data and need to further develop and take that to a trial.”

However she said it was difficult to attract funding for such a program when some people were expecting new technology to solve all the problems.

“Even if we do have the technology coming, not everyone is going to be able to afford it or be able to access subsidised technology. Not everyone wants to wear those devices 24 hours a day so we still have a lot of barriers to having the kind of technology accessible to everyone who might need or benefit from it.”

“Personally I think we still need these kinds of training programs for people. Alerts can go off but if people have a mindset that means they don’t prioritise acting on those alerts then they are no good either.”

The study found the use of both pumps and CGM was higher in people with IAH – consistent with an attempt to use technology to address problematic hypoglycemia.

She said clinicians had to use language and messages that made it clear even mild hypoglycaemia was a problem for people with diabetes, as was hyperglycaemia, and to help them aim for a target range in the middle.

“Impaired awareness takes a long time to develop – over many years. If those people are more likely to be prioritising their concerns around hyperglycaemia then you can start to see how it might have come about.”

“They’re prepared to have their glucose running a bit lower. Why are they thinking in that way? It’s actually likely because of the amount of emphasis we put on reducing hyperglycaemia to avoid long-term complications.”

“And I’m not saying we shouldn’t be putting that emphasis there but it needs to be balanced with recognising that hypoglycaemia is just as problematic.”