Patients requiring anti-VEGF (vascular endothelial growth factor ) therapy for diabetic macular oedema (DME) can be reassured that their need for injections will most likely decrease over time. 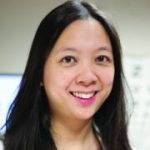 Associate Professor Jennifer Sun, from the Harvard Department of Ophthalmology and the Joslin Diabetes Centre, said a typical regimen might include 8-9 injections in year 1, two injections in year 2, one in year 3 and then none in future years.

“Unlike with other vision issues, if the treatment is successful we can hold or stop injections,” she said.

Injections can be withheld when DME was stable and resumed when vision deteriorated.

She told the 2018 ADA Scientific Sessions that anti-VEGF therapy was the most effective monotherapy for DME ahead of steroids or laser.

Representing a ‘sea change’ from earlier therapies, the accumulating data showed vision gains with anti-VEGF treatments continue to be maintained.

She said a comparison between aflibercept, bevacizumab and ranibizumab found no significant differences when the vision-acuity loss was mild, but aflibercept was superior in patients with the worst vision loss.

However she said in the real world there was an overall incomplete response rate of about 50% – often related to inadequate treatment.

“It’s a very common problem because in the clinical studies we are very strict about bringing the patients in on a monthly basis and we know they are going to get treated based on standardised retreatment criteria.”

“In the clinics, all of that is much looser and as you can imagine scheduling is an issue especially in patients who need monthly treatments. It’s not infrequent that they go away on vacation, they get sick, they can’t make it in, the doctor gets sick, they re-schedule, go on vacation, and so we see lots of patients where their visit windows are extended for whatever reason from four weeks to six, eight weeks or even longer.”

“And with anti-VEGFs we find that often the effect wears off once the month passes because the drug leaves the eye and so then you are starting back again, not necessarily at time point zero but you need to catch up on the lost ground.”

She said macular laser was a helpful adjunctive therapy in eyes that have persistent DME despite at least six months of anti-VEGF therapy.

“It is effective at drying out the retina and it is effective in improving visual acuity, just not to as great a degree as anti-VEGFs.”

She said laser also had a role in eyes where all the leakage was coming from small groups of microaneurysms.

“And those are eyes where potentially you can target those lesions with laser, resolve them down and might never need an anti-VEGF.”

Associate Professor Sun said there was also a clear need for agents that were VEGF independent. The Diabetic Retinopathy Clinical Research Centre (DCRC.net) was currently recruiting for trials of pemafibrate, a lipid-modifying drug.

“We would love more sustained dosing, we would love non-invasive dosing and of course we would love agents that are non-destructive in comparison to our laser treatments,” she said.