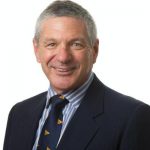 A ‘reform group’ candidate, Melbourne respiratory physician Professor John Wilson, will be the Royal Australasian College of Physicians next President-Elect after winning a landslide victory in an election dogged by controversy.

The two-yearly elections for board members closed on April 3, and the results were released on April 12 showing that Professor Wilson gained 2488 votes for position of president, compared to 856 votes for Associate Professor Susan Moloney and 638 votes for Professor Judy Savige. The total number of eligible voters was 24,734.

Professor Wilson was one of five candidates who form part of a “reform group” following ongoing concerns about governance of the medical college.

After the previous RACP election in 2016 there were calls for results to be voided amid allegations of college interference. However an independent auditor commissioned by the college found the election was held with no errors, omissions or departures from compliance with by-laws.

In recent days an email has been circulated by reform group supporters to RACP members expressing concerns about delays in releasing the results of the latest election, which were scheduled for April 10.

Titled “Election Scandal – help us defend the College” the email signed by six prominent RACP members including Professors Peter Brooks and Stephen Leeder expressed concern that the results may be interfered with.

“The Reform Group has promised to open up the College and make its processes transparent, consultative and accountable. The Reform Group has also pledged to conduct an inquiry into the governance failures of the organisation. We can only speculate as to why such policies would provoke retrospective changes to rules and attacks on any candidates.”

“In brief, we are worried that attempts may be made to thwart the will of the membership by interfering with the outcome of a free vote, the result of which may be regarded as adverse by the existing board.

“If this were to occur it would be unprecedented in Australia and New Zealand and it could even threaten the existence of the College.”

In a statement, the RACP said “the Board has received complaints in relation to the conduct of certain candidates during the course of the election, involving possible breaches of College bylaws and Australian legislation.”

“An independent third party will be appointed promptly to review the matters detailed in the complaints for subsequent consideration by the Board.”

In the run-up to the election, former RACP president Professor Nick Talley caused controversy when he used the Twitter account for his position as editor of MJA to back paediatrician Professor Sue Moloney for the president-elect position. He later deleted the tweet and the MJA  – published by the AMA – issued a statement saying it was neutral on the choice of candidates for the medical college.

Voting  results for other members of the RACP board are:

This story was updated on Thursday 12 April to include the official voting figures.