Medical comedian Dr William Flanary – aka Dr Glaucomflecken – is coming to Australia, with a public lecture scheduled for April 2023.

With an audience of more than three million across Twitter, TikTok and YouTube, the ophthalmologist is known for medical themed skits on social media, sending up hospital administrators, interns and specialists alike.

Based in Oregon, USA, he says his humour is shaped by the tribulations of medical school and residency, but also his experiences as a patient, having twice survived testicular cancer.

However, his Australian appearance is set to be held at the Adelaide Oval, having been booked by the Australasian Society for Infectious Diseases for its ASM in the city.

“I’m so excited for this, this is going to be so much fun,” he said in a video posted to social media on Tuesday. 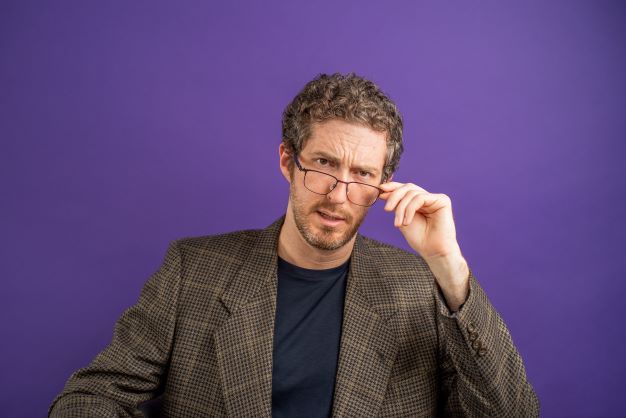 Dr Flanary as ‘the psychiatrist’

“This meeting is going to have everything, you are going to learn about infectious diseases… and I guess that’s it. I’m going to teach some eyeball stuff, we are going to share some laughs, tell some jokes, it’s going to be a blast.

“So come on out to Adelaide, I can’t wait, I’ll see you all there.”

The society stressed the Dr Glaucomflecken event would be opened to the public as well as conference-goers, with tickets expected to be priced at $100, which will also include access to a cocktail function.

“Initially used as a creative outlet to cope with these health challenges, Will’s comedy has evolved over time to incorporate biting satire of the US health care system, academic publishing, and interpersonal conflicts pervasive in the medical system,” it said.

“He is a frequent keynote speaker who encourages medical audiences to embrace humour in everyday life.”

An Evening with Dr Glaucomflecken will be held on Monday 3 April at 6.30PM. Tickets will be available via https://asid.net.au/.

Hanging out with the neurologist pic.twitter.com/0jKNV1dgYt