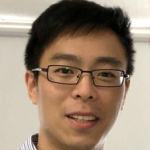 Hospital doctors in South Australia got tired of waiting for the rollout of the state’s $422 million electronic medical record (EMR) system so they created their own using Microsoft Word at almost no cost.

SA Health’s much-vaunted Enterprise Patient Administration System (EPAS) was first announced in late 2011 but has been delayed by a myriad of problems.

In this EMR vacuum, doctors at Lyell McEwin Hospital decided to develop a low-cost EMR system as an alternative to their traditional paper based system.

Speaking at the RACP Congress in Auckland, basic physician trainee Dr Jack Yu  said ‘Microsoft Word’ was chosen because it was already available on all computers within the hospital network and could be used as the basis of create an electronic template for clinical documentation.

Dr Yu and colleagues set up a Word template that mimicked the paper notes routinely used by clinical staff, thus making it usable within the existing structure where the majority of medical notes still exist in paper form.

The electronic Word-based records were securely stored within the hospital network with restricted access and monitoring by hospital IT services for confidentiality purposes.

Using the paper-based system only 23% of discharge summaries were completed within 24 hours – but this increased to 76% after changing to the new Word system.

Ward staff opinions on the new Word-EMR was mostly positive with nurses leaving comments such as:

“Love them. Well set out. Easy to read. Hallelujah!”

“Can see what the plan is and act quickly without looking for doctors to decipher their notes or to clarify plans. Easy to see in the notes also, so you are not looking back multiple pages to see if they have reviewed the patient.”

According to the researchers, their exercise demonstrated the benefits of EMR with improvements in communication, documentation, and discharge summary performance.

“The key feature however,” they said,”has been the minimal cost as the system utilises widely available software and existing technological infrastructure,” they noted.

Microsoft Office  – which includes Word – is currently available for $49.