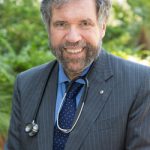 Five-year survival rates for patients with advanced melanoma treated with pembrolizumab (Keytruda) are 34%, according to the longest follow-up study to date.

Published in the Annals of Oncology, the results represent the longest follow-up data for the immunotherapy, according to a team of study investigators that included Australian oncologists.

In the study, adult patients with advanced/metastatic melanoma received pembrolizumab at doses of 2mg or 10mg/kg every two to three weeks.

After a median follow up of 55 months the estimated five-year progression free survival (PFS) was 21% in all patients and 29% in treatment naïve patients.

The study investigators said the estimated five year overall survival rates seen with pembrolizumab compared favourably with those seen in trials of ipilimumab (12.3%-28.4%) and nivolumab (34% after 45 months). The study also confirmed the tolerability of pembrolizumab, with no new safety signals compared to previous shorter term follow-up studies.

And although patient numbers were low, the KEYNOTE-001 findings for second-course pembrolizumab compared favourably with other immunotherapies, said the study investigators, including Professor Richard Kefford, Professor of Cancer Medicine at Macquarie University and a Consultant Medical Oncologist at Westmead Hospital, Sydney.

The results “confirm the durable anti-tumour activity of pembrolizumab in advanced and metastatic melanoma”, they concluded.