Dig deep to identify the cause of itch 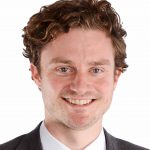 Investigation of pruritus requires a systematic approach given its many causes and the huge impact it can have on patients, according to Associate Professor Johannes Kern, head of clinical research dermatology at the Royal Melbourne Hospital.

Speaking at the Australasian College of Dermatology annual meeting in Melbourne. Professor Kern said that patients with pruritus were often akin to pain patients, and very stressed.

“Itch is just as complex and debilitating as pain. It’s a huge field. It’s much less prominent than pain even though it’s just as common and just as severe,” he told the limbic.

While pruritus was prevalent in many dermatological conditions such as atopic dermatitis, urticaria and psoriasis, it was vital not to miss non-dermatological pruritus.

A pragmatic approach to localised or generalised pruritus was to start with the presence or absence of a rash. Rash in either situation should lead to a standard dermatological workup.

Localised itch with no rash was likely to have a psychogenic or neurogenic cause while in patients with generalised pruritus, and after ruling out xerosis, the absence of rash suggested a systemic disease.

Professor Johannes Kern said medications, allergies, weight change, fatigue, a travel history and depression were additional components to include in a comprehensive history.

CT scans of the neck, thorax, abdomen and pelvis were among the optional screening tests where there was additional clinical suspicion for conditions including malignancy.

He warned that skin manifestation of pruritus without an underlying dermatological condition was possible when patients scratched into their skin.

The 10th World Congress of Itch will be held in Sydney later this year.