Dermatologist honoured with AM 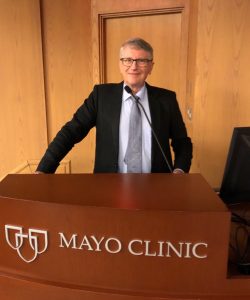 Professor Alan Cooper has been recognised in the Queen’s Birthday Honours list with a Member (AM) in the General Division for “significant service to medicine as a dermatologist and researcher”.

Building on his past experience hosting the World Congress of Dermatology in Sydney in 1997, Professor Cooper is involved in the bid for Sydney to again host the Congress in 2023.

He was also chairman of Epiderm, the former Australian Dermatology Research and Education Foundation, which supported dermatology research around the country.

He has previously been honoured with a Medal of the Order of Australia (OAM).