Call to relax restrictions on access to biologics for psoriasis 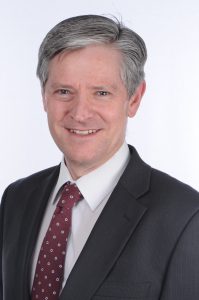 Dermatologists are calling for an expansion of PBS criteria to enable patients with psoriasis of difficult sites like the scalp, nail and genitals to more easily access biologics.

They would also like to see a lower PASI score threshold adopted by the PBS which would bring Australia more in line with overseas countries.

Speaking to the limbic after his ACD ASM presentation, Associate Professor Chris Baker said about 70% of the >2,500 patients in the Australasian Psoriasis Registry had been on or were on a biologic.

“The biologics are far and away the most common treatment that we have in the registry, and as time goes on, obviously the use of biologics is becoming more frequent.”

“One of the future projects we are looking at is to determine how long it is taking patients from the onset of their moderate or severe psoriasis to access effective treatments because historically, there has been an undue delay in patients achieving adequate control and of course this then creates problems in its impact on quality of life, and impact on the patient’s life course.”

“For example, in a patient who get psoriasis in their late teens or early 20s but has a 5 or 10 year delay in accessing effective treatment, they can sustain a lot of lost opportunity or have developed concurrent comorbidities which are going to have a longer term negative effect on their life.”

Associate Professor Baker, director of dermatology at St Vincent’s Hospital Melbourne, said the delay to effective management with biologics was a multifactorial issue.

“Initially, as with any new class of medication or new approach to treatment there is a delay in adopting that.”

“There was also, historically, a belief by psoriasis patients and GPs that there wasn’t much we could do but that has now changed.”

“Then there is just the issue of access through the PBS. There was a post-marketing review conducted by the government several years ago and following that and with input from all the various stakeholders, we saw a loosening of the criteria. We feel it can be improved further.”

He said the Australian threshold for biologics was PASI ≥15 compared to many countries where the PASI entry point was 12 or sometimes even 10.

“The PBAC split off palm, soles and face as special areas that have a high impact on quality of life so we do have another access to the biologics by scoring those sites.”

“What we would say is that those sites really should be expanded because scalp, genitals and nails are also special sites that don’t score highly in the PASI score but they affect the patients quality of life and function significantly.”

Associate Professor Baker said a comparison of Australasian Psoriasis Registry data with comparable overseas registries had shown that the average PASI score of Australian patients was higher and the impact on quality of life as measured by the DLQI was higher.

“We believe this is because we have a higher entry point for the biologic therapies.”

“This is another area for us to have a look at and see if that is changing over time which we would expect as we are including people into the registry who have less severe psoriasis and we have more rapid access to and great uptake of the biologics.”

He said the Registry would also be investigating switching between biologics.

“Our impression is that perhaps our psoriasis patients are a little bit more stable on treatment [compared to rheumatology patients] and that switching happens less frequently. Time will tell and it might also relate to the fact that up until now we haven’t had a lot of options.”

“The rheumatologists have always had multiple options. In 2006 when biologics first came on the PBS for psoriasis in Australia, there were two agents and now we have 9 and potentially 10 so the options have certainly expanded over the last decade and a half.”

He encouraged dermatologists to contribute to the registry noting that the real world outcomes were very patient focussed and allowed for advocacy on behalf of the patients to improve treatment pathways and access to advanced therapies.