Compulsion or free coffee? How hospitals get doctors to have flu vaccine

A push is underway to make flu vaccinations compulsory for all doctors working in public health facililties.

But the clinician behind one of the most successful voluntary hospital vaccination programs in Australia says carrots are better than sticks for achieving high vaccine uptake rates, and avoid the downsides of mandatory policies.

In March, NSW Health moved to make it mandatory for hospital staff working with vulnerable patients to have a flu vaccine before June 1. The vaccination policy will apply to staff in intensive care, cancer, transplant, neonatal and maternity care in public health facilities. Staff who can’t or won’t have the vaccine will have to wear a mask or be re-deployed during the flu season.

The policy was introduced after the state experienced one of its worst flu seasons on record in 2017, during which more than 650 people died from influenza-like complications.

The same month the Influenza Specialist Group (part of the Immunisation Coalition) renewed calls for influenza vaccination to be a condition of employment for healthcare professionals across the country.

The group’s director, Professor Robert Booy, Head of the Clinical Research team at the National Centre for Immunisation Research and Surveillance (NCIRS), Sydney, said flu vaccination should be seen as part of doctors’ duty of care.

The policy was introduced after the state experienced one of its worst flu seasons on record in 2017, during which more than 650 people died from influenza-like complications. 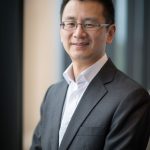 But Professor Allen Cheng, who runs the staff vaccination program at Alfred Health, Melbourne, does not believe mandatory flu vaccination can be justified given the current vaccine efficacy rate of between 20-40%.

“I’m not saying we shouldn’t vaccinate, I’m saying that it shouldn’t be mandatory,” said Professor Cheng, an infectious disease physician who is director of the infection prevention and healthcare epidemiology unit at Alfred Health.

“Because the vaccine isn’t that effective, it probably just doesn’t justify draconian policies and there are other better ways to achieve the goal of protecting patients that don’t involve mandates,” said Professor Cheng, who also chairs the  TGA Advisory Committee on Vaccines .

He said Alfred Health had achieved an 80% flu vaccine uptake rate in staff through the use of promotional activities and incentives.

“We have found most people are happy to as long as you give them the choice and the opportunity. Our hospital we have a vaccination rate of 80% without mandate.

Professor Cheng says there are also downsides to making vaccination a condition of employment, such as the disruption to staff units if crucial team members have not complied.

“There is the issue of pregnant staff, or if someone who comes back before maternity leave – do they have to be vaccinated before they come back to work? There’s a lot of practical things that make it difficult.”

NSW Health says the move to mandatory flu vaccination for selected staff groups was based on expert advice after trials of free vaccine and local motivational programs “failed to achieve the level of coverage desired”.

NSW director of communicable diseases Dr Vicky Sheppeard said the state had been mandating vaccinations for other diseases in public health facility staff for over a decade, a move which had paid dividends.

“Unlike other states and territories, NSW has had not had any instances of non-immune healthcare workers exposed to measles in public facilities in recent years. We believe this is a result of our mandatory vaccination policy,” she said

Dr Sheppeard said the department did not have data on staff vaccination compliance rates, but was  in the process of capturing this information.

Free flu vaccination for all staff

To fund and distribute more than 120,000 doses for use in public hospitals this year

Mobile clinics for flu vaccination rolled out in workplaces

Vaccination is recommended for all health staff and is offered free