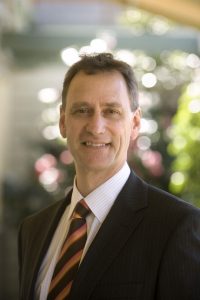 Cardiac imaging has shed light on the possible mechanism behind the reduction in cardiovascular death and heart failure seen with an SGLT-2 inhibitor.

Associate Professor Neale Cohen and colleagues from the Baker Heart and Diabetes Institute, Victoria have shown that the use of empagliflozin in patients with type 2 diabetes is associated with a reduction in left ventricular end diastolic function.

About a quarter (24-25%) of patients had known cardiovascular disease and up to 75% were on therapies including ACE inhibitors, angiotension receptor blockers, calcium antagonists and diuretics.

The study found empagliflozin was associated with a small but not significant improvement in HbA1c compared to the control group. Patients on empagliflozin did lose more weight than controls (2.6 v 0.6 kg).

Brain natriuretic peptide (BNP) dropped 0.6 pmol/l in the empagliflozin group and increased by a statistically different 5.4 pmol/l in the control group.

Blood pressure, heart rate and serum creatinine were not different between the groups.

Cardiac MRI showed end diastolic volume (EDV) similar in both groups at baseline but decreased over six months with empagliflozin (-10.1ml) and increased (+5.2ml) in the controls.

However there was no difference in LV mass, LVEF, T1 or T2 mapping or atrial volumes.

“Our data support functional changes rather than structural remodelling over the 6 month period of this trial, with the likely mechanism of reduced plasma volume,” the study authors wrote.

“Our findings are consistent with the results of a recent mediation analysis of the EMPA-REG OUTCOME trial showing that haematocrit mediated around 50% of the effect of empagliflozin versus placebo on the risk of cardiovascular death.”

However the findings only partially explain the ‘dramatic outcomes’ seen in EMPA-REG OUTCOME on cardiovascular mortality and hospitalisation for heart failure.

Professor Cohen told the limbic that we basically don’t know how empagliflozin works.

“EMPA-REG showed this amazing heart failure and cardiovascular death signal, but we don’t know why. These trials do throw up things from time to time that we are not expecting and then we have to play catch up.”

“There are lots of theories and this study looked in particular at end diastolic volume which appears to be about 10% less [with empagliflozin] and probably is linked to plasma volume and BNP results.”

“There are many more studies coming so we will have to wait and see what they show. Some of them have shown changes in structure but cardiac MR is better than echo.”

“We think this is a pretty compelling result. It looks like a reduction in plasma volume, which relates to a reduction in BNP and EDV. That’s what we postulate the mechanism to be.”

“The interesting things about these agents is that normally if you have a reduction in plasma volume, you effectively get an increase in sympathetic outflow like a tachycardia.”

“But the really fascinating things about these agents is it looks like there is a reduction in volume but you don’t seem to have that resultant increased heart rate.”

Associate Professor Cohen said the research was heading towards mechanistic studies looking at sympathetic outflow and volume changes in particular.

“This is the first of many. It’s a small opportunistic study where we had patients and the MR machine. Ideally we want to do larger randomised studies.”