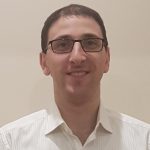 Abstinence from alcohol results in a significant reduction in AF burden and severity in patients who are regular drinkers, an Australian trial has shown.

Results of a prospective study at the The Alfred and Baker Heart and Diabetes Institute, Melbourne, showed significant benefits for AF patients who were able to cut down from a mean baseline alcohol consumption of 17 standard drinks per week.

In the study involving 140 patients with AF, those randomised to abstinence had a mean recurrence-free survival time (defined as any atrial tachyarrhythmia lasting ≥ 30 seconds ) of 118 days compared to 86 days in the control group of non-abstinent patients (37% difference, P=0.004).

Patients in the abstinence group reduced their alcohol consumption to an average of two drinks per week, and more than 60% were completely abstinent.

After six months, 73% of controls AF severity was also reduced according to measures of ERHA scores, with 10% vs 32% having moderate or severe AF symptoms in the abstinence and control groups respectively.

Abstinence was also associated with improvements in secondary outcomes of blood pressure, weight, and BMI.

“Significant reduction in alcohol intake should be part of the lifestyle intervention in moderate drinkers with AF,” concluded study investigator Dr Aleksandr Voskoboinik, a cardiologist at The Alfred.

Study co-author Professor Peter Kistler, Head of Cardiac Electrophysiology at The Alfred, said previous research had shown a relationship between alcohol and AF but this was the first randomised controlled study to show that intervention could make a difference.

“This will change the advice that doctors give to their patients,” he said. “There may be a safe limit – one to two drinks, twice a week for people with AF.”

The findings were presented at the American College of Cardiology’s 2019 annual conference in New Orleans.