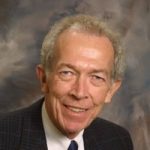 Cardiologists, colleagues and patients have been paying tribute to Perth cardiologist Emeritus Professor Neil Cumpston, who died at the age of 84.

Dr Cumpston was formerly head of department of cardiology at the Royal Perth Hospital and leader of the introduction of interventional coronary cardiology in Western Australia.

He started his cardiology career at the RPH in 1965 after training in Perth and London. He was the first to implant a Transvenous Pacemaker, and after working in Cleveland, Ohio, he returned to Perth to introduce coronary arteriography, enabling the establishment of coronary artery bypass surgery in WA. He introduced coronary angioplasty to the RPH and later helped establish coronary ablative ultrasound (intraoperative) and was the first to perform percutaneous ablative ultrasound coronary angioplasty in Australia.

In addition to his clinical work Dr Cumpston trained generations of cardiologists and published many research papers, with roles in the Busselton Population Studies and on the Editorial Board of “Catheterization and Cardiovascular Interventions”. Dr Cumpston also had leadership roles with the RACP, the National Heart Foundation and was a CSANZ Council Member.  He retired in 2001.

“He was a man of honour, style and compassion, and he showed us all how to live and work well. He will be missed by many,” wrote Perth cardiologist Dr Anne Powell.