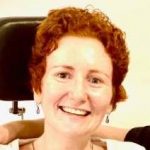 Tributes have been paid to NSW cardiologist Dr Angela Worthington who has died from Motor Neurone Disease at the age of 45.

Dr Worthington worked in Newcastle where she was director of cardiology at the Calvary Mater Hospital.

As well as her practice at Newcastle Cardiology she was well known for her work with Indigenous and regional communities.

Her sister told the ABC that Angela Worthington had a passion for social justice that drove her to go out work in less well off communities that did not have the same services as metropolitan areas.

“When she set up her specialist practice, she made sure she did visits up the coastline and into the Hunter Valley to make sure she was providing help to people out there too – particularly indigenous people,” she said

Her friend and colleague Dr Sue Miles has set up a fundraising page at the request of Dr Worthington, which has already raised close to $30,000 for MND research.

“Angela did her medical training at the University of Newcastle. As an undergraduate she tutored indigenous students. She has participated in collaborative clinical research. As an inspired teacher and mentor, Angela has been a role model to many, particularly to women doctors,” she writes.

“She is very missed by her colleagues and many patients for whom she provided warm and diligent care in Newcastle, NSW.”

“I trained under her at Westmead Hospital and I was surrounded by male cardiologists – Angela was on of the few females I saw doing cardiology and doing it with young kids. And not only that but doing cardiology with such passion about the speciality, about training, about looking after her patients and making a difference. I wasn’t aware of it at the time but looking back that had a huge impact on my decision to train in the specialty.