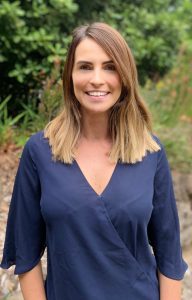 Only 20% of Australian cardiovascular researchers have ongoing positions and lack of funding is pushing younger people overseas or out of research completely,  early survey results suggest.

While the problems of job insecurity and lack of funding have been apparent for some time, the Australian Cardiovascular Alliance (ACvA), an organisation set-up expressly to advocate for cardiovascular research has launched a survey to quantify the extent of the problem with hard data.

The survey wants to hear from everyone involved in cardiovascular research in Australia, from honours students through to laboratory heads, says investigator Dr Francine Marques (PhD), chair of the Alliance’s Emerging Leaders Committee.

Dr Marques, head of the hypertension research group at Monash University, gave the limbic a preview of the initial results obtained just one week into the survey period, which she described as both “terrifying and shocking”.

Initial responses to current employment status showed just 20% of researchers had ongoing positions and most of those appeared to be senior figures.

Over 70% of researchers were doing more than 20 hours of overtime per week and most were receiving no compensation for this.

And worryingly, more than two thirds of respondents said they had considered leaving cardiovascular research, mainly because of the lack of job security.

Dr Marques said one of the most shocking initial findings was that if a position could not be funded, only 10% of respondents said they would try to stay in cardiovascular research.

The lack of job security was one of the issues she said was “driving young and bright people away – they either go overseas, move into other areas of research or just leave research entirely.”

The survey is also seeking to confirm something researchers have long complained about – the inordinate time spent on filling out grant applications.

While respondents are asked how many unsuccessful grants/fellowships applications they have submitted in the past three years – and whether they trust the current peer-review system – they are not asked about how many hours were “wasted”, Dr Marques said.

A relative lack of advocacy groups for cardiovascular conditions might explain why researchers struggled for funding compared to cancer research, which seemed to have  “an organisation for almost every cancer type”, she noted.

The final survey report is expected to be published in late 2019.