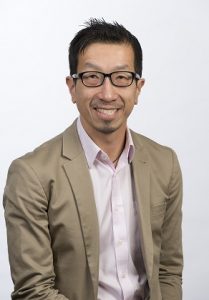 Statin adherence is low and discontinuation is high in the elderly, find Melbourne researchers who pinpoint the patients at highest risk. The nationwide observational study involving over 22,000 adults aged over 65 years prescribed statins found that more than half were non-adherent and more than 2 in 5 discontinued the lipid lowering drugs within the first year of therapy.

The study published in the British Journal of Pharmacology by Professor Danny Liew from Monash University, Melbourne and colleagues found that during the one‐year follow up, 55.1% of patients were nonadherent (concession card holders 52.6%; regular PBS scripts 64.2%) and 44.7% discontinued statins (concessional 43.1%; general PBS scripts 50.4%).

Certain patient characteristics predicted the likelihood of being adherent or discontinuing therapy.

“Older adults who perceive themselves to be at increased risk of CVD are less likely to be non-adherent or discontinue their statin medication. This may explain the lower likelihood of non-adherence or discontinuation among those with cardiovascular-related comorbidities such as hypertension, angina and CHF,” said Professor Liew, who is Chair of Clinical Outcomes Research at Monash University and visiting physician in Clinical Pharmacology and General Medicine at the Alfred Hospital.

People who were initiated on atorvastatin (OR 0.63) or rosuvastatin (OR 0.61) had a lower likelihood of discontinuation compared to those started on simvastatin.

Interestingly, the odds of discontinuation was 36% greater if statins were initiated by a GP (OR 1.36) compared to a specialist.

“People initiated on statins by GPs may be at lower risk of CVD compared to those initiated by specialist, which may explain their higher likelihood of nonadherence or discontinuation,” the researchers speculated.

“Our results reiterate the need for multifaceted interventions to reduce statin non-adherence and discontinuation among older adults but also emphasise that certain population sub-groups such as people aged ≥85 years and people with diabetes or anxiety may require additional attention to improve adherence,” the researchers concluded.