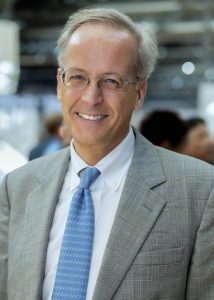 The SGLT-2 inhibitor ertugliflozin reduces the risk of hospitalisation for heart failure (HHF) by 30% compared to placebo in patients with type 2 diabetes and atherosclerotic disease, research shows .

The phase 3 trial met the primary endpoint of non-inferiority on the composite outcome of major adverse CV events (MACE) between ertugliflozin (5mg and 15mg) compared to placebo, after a mean follow-up of 3.5 years.

One of the senior investigators, Professor Christopher Cannon, from Brigham and Women’s Hospital and Harvard Medical School, said the rates of MACE in the intervention and control groups were both 11.9% (HR 0.97) – representing non-inferiority.

“Similar findings were seen on MACE across all those who were on or off the various cardioprotective or diabetes medications,” he noted.

In key secondary endpoints of CV death or hospitalisation for heart failure, superiority of ertugliflozin versus placebo was not met (8.1% v 9.1%; HR 0.88; p=0.11).

“The other component of hospitalisation for heart failure on the other hand did show very early separation – almost immediately – of these curves, with rates of 2.5% with ertugliflozin versus 3.6% with placebo.” (HR 0.70; p=0.006)

The composite renal endpoint of renal death, dialysis/transplant or a doubling of serum creatinine was 19% lower with ertugliflozin but not significantly different from controls (HR 0.81; p=0.08).

There was also a lower degree of decline in EGFR over time with ertugliflozin compared to placebo.

Professor Cannon concluded the overall pattern of the effects on endpoints, in particular hospitalisation for heart failure and renal outcomes was in line with those seen in other large trials of SGLT2 inhibitors.

The meeting was also told that ertugliflozin was generally safe and well tolerated with a safety profile consistent with the known risks of the SGLT2 inhibitor class.

“And I think the effect on the primary endpoint probably fits in with the other studies,” he said.

“People might have expected better but it is in the range of what was seen in the other studies. This drug mostly works by lowering glucose, lowering blood pressure, losing weight and it also promotes water and sodium excretion and that is probably one of the reasons why it reduces heart failure.”

“It doesn’t reduce atherosclerosis and I think that is probably why you don’t see a reduction in heart attacks or stroke.”

“Most of the other studies had similar results except for the EMPA-REG study which had a reduction in CV death, but was an interesting result. This one fits in with all the others.”

“With each study we learn more and more – where they really deliver and where they don’t.”

He concluded: “It’s a very good glucose-lowering drug so that’s useful, and as an added benefit you lose weight which is very good because [with] some of the drugs like insulin put on weight.”

“The other good thing is it slightly lowers blood pressure which is an advantage which the other glucose-lowering drugs don’t do, and most people with type 2 diabetes actually have elevated blood pressure.”

“But for kidney disease or people at risk of heart disease, particularly for heart failure, they are a very good choice.”