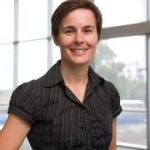 Cardiologist Professor Gemma Figtree of the University of Sydney has been announced as the chair of the Federal government’s 10-year Mission for Cardiovascular Health.

The initiative is to be funded with $220 million from the Medical Research Future Fund and a draft roadmap released for consultation states that it will have “Investment Flagships” in areas such as drug discovery, bioengineering, precision medicine, data and clinical trials. The roadmap also poinst to funding for implementation and policy research “focused on improved and efficient approaches to prevention and primary care through to acute, rehabilitation and community-based care.”

An expert advisory panel for the Mission was named by Federal Minister for Health Greg Hunt on 30 July, which includes cardiovascular and stroke clinicians, scientists and industry representatives.

“The Mission will include solutions to improve the outcomes of women with coronary artery disease and heart attack (who suffer twice the rate of death as their male counterparts), and to improve access and effectiveness of cardiac rehabilitation for all Australians,” said Mr Hunt.