Moderate aortic stenosis not as benign as previously thought 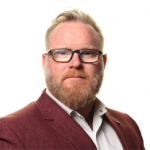 Poor outcomes in people with moderate aortic stenosis (AS) suggest that the current ‘watchful waiting’ approach needs to be re-evaluated, Australian researchers say.

While severe AS is well known to have poor survival outcomes, a study of 25, 827 patients found that moderate AS also had high rates of mortality and was not as benign as currently assumed.

Led by Dr Geoff Strange at the University of Notre Dame, Fremantle, WA, the study identified a threshold of increased risk of longer term all-cause and CVD-related mortality at around a mean AV gradient >20.0 mm Hg or peak AV velocity >3.0 m/s.

As expected the  long term mortality increased with severity of AS, and those with severe AS were 2-3 fold more likely to experience all-cause or CVD-related mortality in the short (one year) to long term (five years) compared to people without AS.

Even after adjusting for potential cofounders such as concurrent LHD or LV dysfunction, the people with moderate AS had a risk of dying in the longer term similar to that of people presenting with severe AS at baseline.

While the high mortality rates might be related to co-morbidities, the findings presented a “clear signal” about the likely survival outcomes for people presenting above a certain threshold level of AS, the researchers said.

“Regardless of the mechanism, the high mortality rates in those patients determined to have moderate AS have important clinical implications,” they wrote.

It may be time to re-evaluate the current principles of AS management that recommend watchful waiting approach and reserve interventions such as TAVR for patients with severe AS, they suggested.

“A re-evaluation of the prognostic impact of moderate AS and the potential value of more timely interventions to reduce a high risk of mortality in the medium to longer term are warranted,” they wrote.

“Whether these data support the application of AVR before progression to severe  AS  is  open  to  debate;  particularly  when considering the possibility that the observed excess mortality in patients with moderate AS may be being partially driven by comorbidity.”

The results of the ongoing AVATAR trial (Aortic Valve Replacement Versus Conservative Treatment in Asymptomatic Severe AS) will be important in further clarifying the risks and benefits of such interventions, they added.

The findings are also published in Journal of the American College of Cardiology.