Marriage may be cardioprotective

Researchers have called for marital status be considered a new risk factor for cardiovascular disease, after results from a massive study suggest unmarried people are at higher risk.

In the biggest study of its kind to date, the meta-analysis found that people who were divorced, widowed or never married were around one and a half times more likely to die from cardiovascular disease or stroke compared to those who were married.

The pooled data analysis, published online in the journal Heart, looked at 34 studies involving over 2 million people aged between 42 and 77 from Europe, Scandinavia, North America, the Middle East, and Asia, published between 1963 and 2015.

It found that single people had a higher risk of developing cardiovascular disease (42%) and coronary artery heart disease (16%) compared to those who are married.

Not being married was also associated with a heightened risk of dying from both coronary heart disease (42%) and stroke (55%). 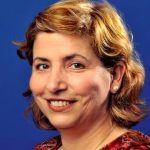 Most (80%) cardiovascular disease can be attributed to well known risk factors, but it’s not clear what influences the remaining 20 per cent, write the group of authors including Dr Anastasia Mihalidou (PhD), Head of the Cardiovascular & Hormonal Research Laboratory at the Kolling Institute at Royal North Shore Hospital in Sydney.

Marriage may be protective because it leads to earlier response to health problems, better adherence to medication, better financial security, enhanced wellbeing and better friendship networks, the authors suggest.

“These findings may suggest that marital status should be considered in the risk assessment for cardiovascular disease,” they conclude.