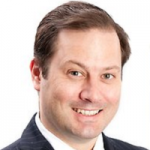 One of Australia’s leading cardiologists has been stood down pending an investigation into allegations of financial irregularities in his department.

Professor Darren Walters, Director of Cardiology at The Prince Charles Hospital Brisbane has been taken off clinical duties at the hospital after allegations about Medicare billing practices and the use of cardiac outreach program funds were made to the state’s Crime and Corruption Commission (CCC).

The CCC said it had asked the Metro North Hospital and Health Service to conduct an investigation on its behalf into allegations relating to the billing practices for several hospital programs.

According to a report in the Courier Mail, the allegations were made by Peter Malouf, state manager of the hospital’s indigenous Cardiac Outreach Program, who is reported to have raised concerns relating to Medicare invoicing and use of funds for a Federally-funded rural CheckUP program and an indigenous cardiac outreach program.

Professor Walters has been the Director of Cardiology at The Prince Charles Hospital since 2005 and is an interventional cardiologist with an interest in structural heart disease and valve replacement. He has pioneered the use of Transcatheter Aortic Valve Implantation (TAVI) in Queensland.

Professor Walters was the Executive Director of the Prince Charles Hospital in 2013 and is a past  Chair of the Interventional Working Group of the Cardiac Society of Australia and New Zealand (CSANZ).

A spokesperson for the Metro North Hospital and Health Service issued the following statement to the limbic:

“We can confirm that a senior staff member at The Prince Charles Hospital has been stood down pendingthe outcome of an independent investigation. Due to privacy and confidentiality reasons, we cannot comment on matters relating to individual employees. Patient care has not been affected.”

Professor Walters had not responded to a request for comment from the limbic at the time of publication.